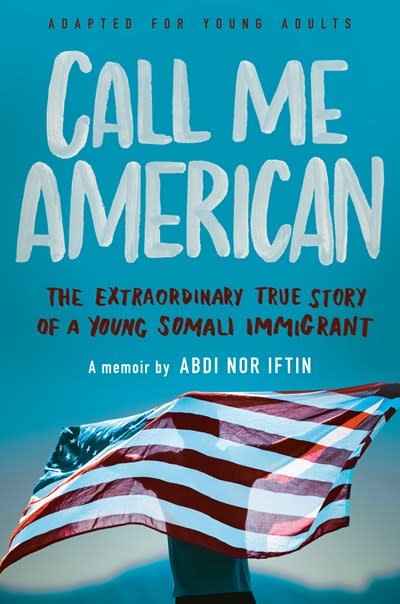 Call Me American: The Extraordinary True Story of a Young Somali Immigrant (Adapted for Young Adults)

By Abdi Nor Iftin

Adapted from the adult memoir, this gripping and acclaimed story follows one boy’s journey into young adulthood, against the backdrop of civil war and his ultimate immigration to America in search of a better life.

Abdi Nor Iftin grew up amidst a blend of cultures, far from the United States. At home in Somalia, his mother entertained him with vivid folktales and bold stories detailing her rural, nomadic upbrinding. As he grew older, he spent his days following his father, a basketball player, through the bustling streets of the capital city of Mogadishu.

But when the threat of civil war reached Abdi’s doorstep, his family was forced to flee to safety. Through the turbulent years of war, young Abdi found solace in popular American music and films. Nicknamed Abdi the American, he developed a proficiency for English that connected him—and his story—with news outlets and radio shows, and eventually gave him a shot at winning the annual U.S. visa lottery.

Abdi shares every part of his journey, and his courageous account reminds readers that everyone deserves the chance to build a brighter future for themselves.

Abdi Nor Iftin lives in Maine. He is studying political science at Boston College, and he plays soccer every Saturday in a melting-pot league of Americans and immigrants from around the world.