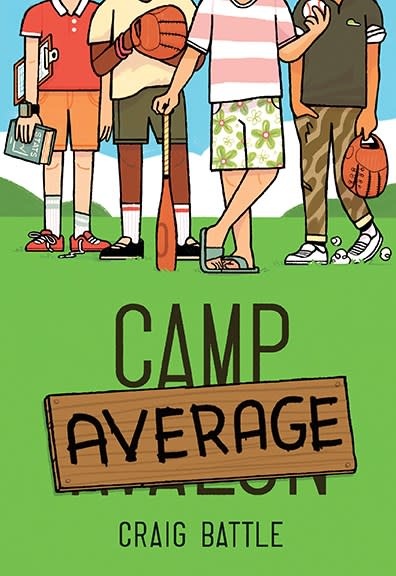 In the first book in a new series, campers fight to lose like never before

A group of 11-year-olds arrives to spend six weeks playing sports at Camp Avalon—which they affectionately call Camp Average, because they never win at any sport. And that’s the way they like it. But this summer, new camp director Winston—who hates losing—has some hyper-competitive ideas about how to improve their performance, whether they want to or not!

Led by main character Mack and his friend Andre, the boys of Cabin 10 decide to reclaim their summer and revolt by losing spectacularly at every game they play, and especially at the big baseball tournament coming up with three nearby camps.

In a story full of plotting, planning, and plenty of push-ups, it’s a full-court press on losing for the campers, strategic play-by-play for the camp director, and great teamwork on all sides. Who will come out on top? The first book in the new Camp Average series is a smart, funny summer read featuring a diverse group of realistic characters and a winning storyline.