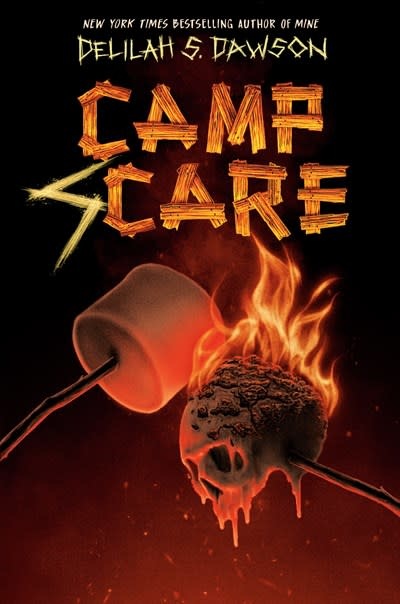 An eerie, twisty ghost story about twelve-year-old Parker, who only wanted a summer of fun and new friendship, and the nightmare she finds instead.

Parker Nelson can’t wait for summer camp. She’ll have fun and make amazing memories, far away from the bullies who made seventh grade unbearable.

But then something terrible happens: The mean girl who made life a living nightmare is in Parker’s cabin. Soon all the other girls turn on Parker, too—no one wants to be her friend. Except Jenny.

But there’s something else Parker doesn’t know. Something bad happened at the camp a long time ago, and it just won’t stay buried…

Delilah S. Dawson thought she would be a visual artist but somehow ended up a writer. She has worked as a muralist, an art teacher, a barista, a reptile caretaker, a project manager, and a dead body in a haunted house, which was probably the most fun. She is the New York Times bestselling author of Mine, Star Wars: Phasma and seventeen other books for kids, teens, and adults as well as the comics Ladycastle, Sparrowhawk, and Star Pig. She loves gluten-free cake, adventures, the beach, Disney World, Star Wars, and vintage My Little Pony. She lives in Atlanta, GA with her family. Follow her on Instagram and Twitter @DelilahSDawson or visit her online at whimsydark.com.