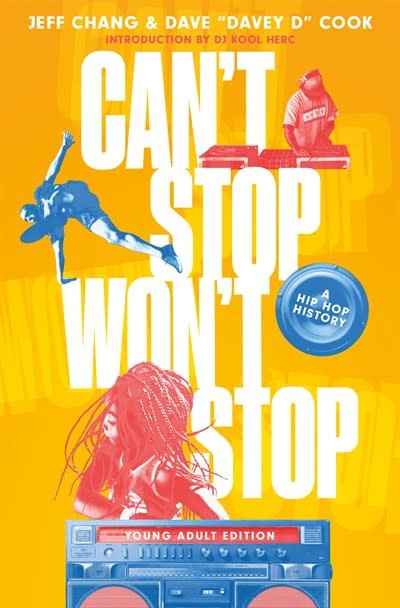 One of “the best nonfiction books of the past 25 years”*, now completely revised for a young adult audience! (Slate)

Here is the most acclaimed written history of hip-hop, a movement and music that transformed the world forever, updated and geared for young readers.

Hip hop is one of the most dominant and influential cultures in the world, giving new voice to the younger generation. Jeff Chang and Dave "Davey D" Cook tell the story of hip-hop from its beginnings through the present day in this new special edition for young adults. They bring the story through Black Lives Matter, and the most important icons of the moment. Based on original interviews with rappers, DJs, b-boys, graffiti writers, activists, and gang members, with unforgettable portraits of many of hip hop's forebears, founders, mavericks, and current icons, and featuring a widened focus on the women of hip-hop and the movement’s international impact, this wholly updated book chronicles the epic events, ideas, and the music that have defined American and global culture.