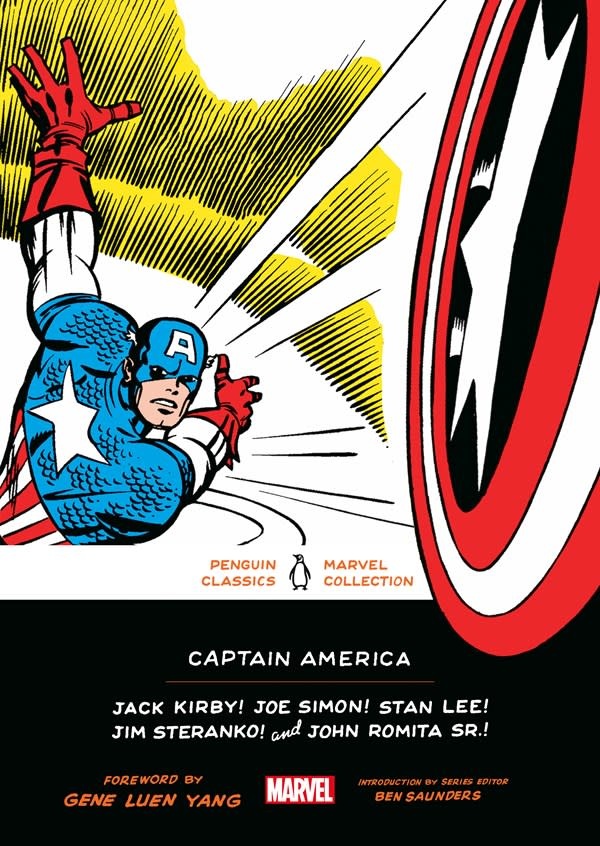 Illustrated throughout, The Penguin Classics Marvel Collection presents specially curated comic book anthologies of the origin stories, seminal tales, and characters of the Marvel Universe to explore Marvel’s transformative and timeless influence on an entire genre of fantasy.

It is impossible to imagine American popular culture without Marvel Comics. For decades, Marvel has published groundbreaking visual narratives that sustain attention on multiple levels: as explorations of the relationship between power and responsibility; as metaphors for the experience of difference and otherness; as meditations on the pain of adolescence and the fluid nature of identity; as examinations of the meaning, and limits, of patriotism; as ironic juxtapositions of the cosmic and the quotidian; as resources for the understanding of political and social history; and as high watermarks in the artistic tradition of American cartooning. For the first time, these classic stories of some of the most iconic super heroes in the history of American comics are Penguin Classics.

Debuting in 1941—almost a year before the events of Pearl Harbor— Captain America was initially conceived by Joe Simon and Jack Kirby as a pop culture argument for US intervention in the European war against fascism. This collection includes his first appearances from 1941 alongside key examples of his first solo stories of the 1960s, in which the newly resurrected hero of World War II struggles to find his place in an unfamiliar world. The transformation of this American icon thus marks a parallel transformation in the nation itself. The introduction offers insight into the social and political significance of Captain America as a character and a national symbol, while a critical apparatus and appendices shed further light on his creative development.

Horrified by the rise of Nazism, Jack Kirby, born Jacob Kurtzberg, co‑created with Joe Simon Captain America in 1940. Over the next decade, Kirby and Stan Lee would introduce new characters that formed the foundation of the Marvel Universe. Writer-editor Stan Lee and Jack Kirby made comic book history in 1961 with The Fantastic Four #1. Lee oversaw the creations for over a decade before handing over the editorial reins at Marvel to others. Joe Simon co‑created Captain America with Jack Kirby, and they formed one of the most productive partnerships in comics history. Jim Steranko produced character designs for George Lucas, Steven Spielberg, and Francis Ford Coppola. John Romita Sr. drew many comics for Marvel during the early 1950s. In 1965 he was tapped by Stan Lee to take over The Amazing Spider-Man. Gene Luen Yang is the fifth National Ambassador for Young People’s Literature, and the author of American Born Chinese. Ben Saunders is a professor at the University of Oregon and has also curated museum exhibitions of comics art.