Home » Cat Dog Dog: The Story of a Blended Family 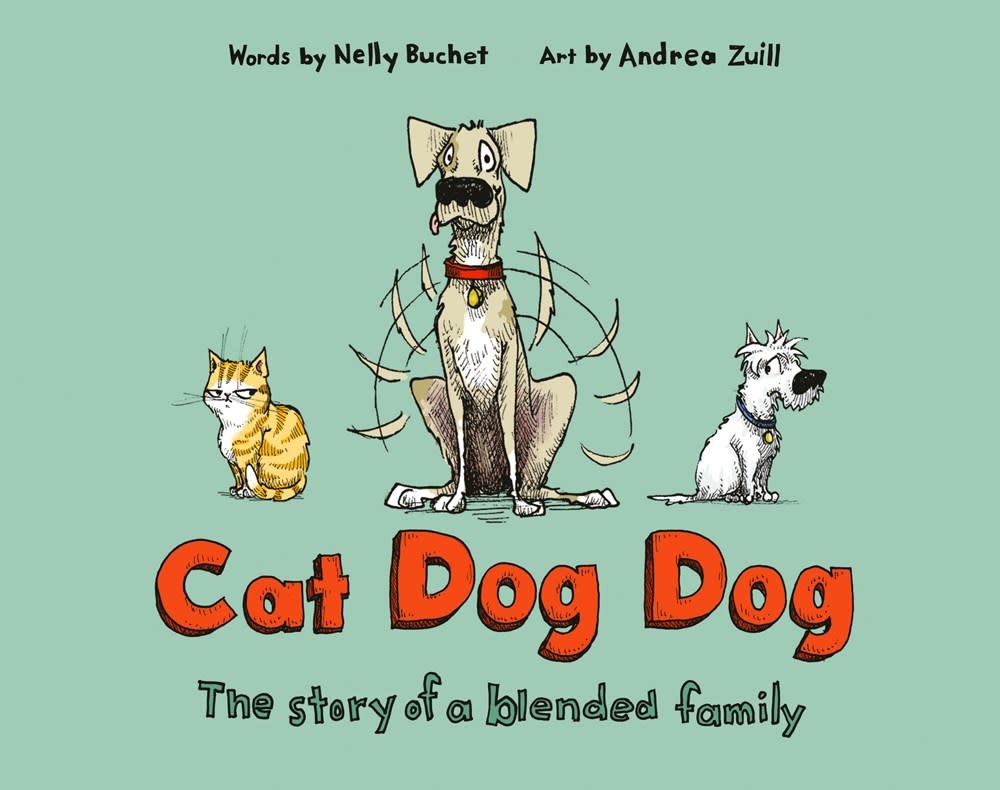 Cat Dog Dog: The Story of a Blended Family

Here is the oh-so-hilarious and adorable story of a blended family—using just a few words in various configurations—from the pets’ point-of-view!

Cat and Dog live with their human in a suburban house with a big backyard. Sure, they fight like…. well, cats and dogs, but they’re used to one another. Dog—a different dog—lives a happy only child life in the city with his dad. He has the bed to himself, he never has to share his toys, and that’s the way he likes it. So what happens when the Dog’s dad and Cat and Dog’s mom move in together? Well, it’s chaotic. There’s not enough room on the bed, for starters. But as the seasons pass, the three animals become a trio and learn to (mostly) love one another. Just as they’re settling into a cozy life as a threesome, along comes….. a baby! This laugh-out-loud picture book, which cleverly uses two repeating words, is sure to strike a chord with kids dealing with the ups-and-downs of settling into a blended family of their own.

Nelly Buchet is an actress, writer, and nonviolence advocate. A Dalai Lama Fellow, she created the Snow Lion Storytelling Initiative, a non-profit that translates and distributes children’s books into Tibetan to Tibetan refugee children in orphanages and schools across India and Nepal. She was awarded the Quebec government’s top award for next-generation leaders in social justice and has presented at the Bologna Children’s Book Fair. Nelly was recently seen in the Emmy-winning HBO series, Big Little Lies. Cat Dog Dog is her debut picture book.

Andrea Zuill is the author-illustrator of Wolf Camp, a finalist for the Children’s Choice Award. In a starred review, Kirkus said the book “will delight more than dog lovers.” Sweety, her most recent book with Schwartz & Wade, publishes in March 2019. She is also the author-illustrator of Dance Is for Everyone and Marigold & Daisy. Her work has been exhibited in galleries in California, Texas, and New York, including the San Diego Museum of Art and the Brand Library gallery, where she won the Disney Imagineering Award. Visit her at andreazuill.org or follow her on Twitter at @AndreaZuill.