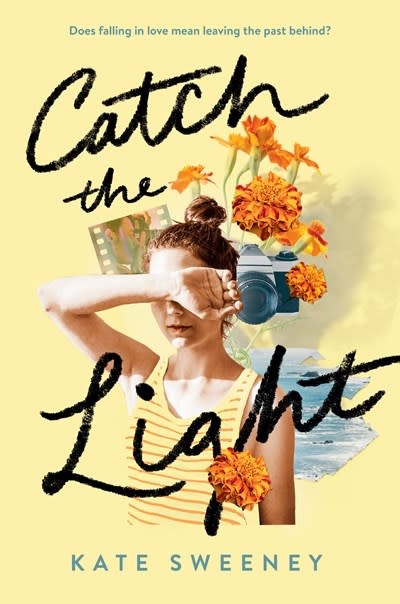 A love story perfect for fans of Nina LaCour and Jandy Nelson about a girl who moves cross country and finds herself falling for someone new who throws her whole life out of order.

Nine months after the death of her father, Marigold is forced to pick up and move from her home in sunny Los Angeles all the way across the country to rural upstate New York. According to her mom, living with her aunt in a big old house in the woods is the fresh start Marigold and her little sister need. But Mary aches for the things she’s leaving behind—her best friend, her older sister, her now-long-distance boyfriend, and the senior year that felt like her only chance at making things feel normal again.

On top of everything, Mary has a troubling secret: she’s starting to forget her dad. The void he’s left in her memory is quickly getting filled with bonfires, house parties, and hours in the darkroom with Jesse, a fellow photographer and kindred spirit whom she can’t stop thinking about. As the beauty of Mary’s new world begins to sink in and her connection with Jesse grows stronger, she feels caught between her old life and her new one.

When the two finally come crashing together, Mary will have to decide what she really wants and come to terms with the ways that the loss of her dad has changed who she is. She can’t hold on to her past forever, but maybe it can be the foundation for something even brighter.

Kate Sweeney was born in Athens, Georgia, and has since lived many places, including Los Angeles, New York City, and Salt Lake City. She began writing when she was sixteen. Her father—a novelist and screenwriter—had died five years prior, and in writing she found a way of bringing his voice back to her ears.

For the past ten years she has resided in the Bay Area, where she spends her time making music with her band, Magic Magic Roses, teaching literacy, and working with her husband at the family art-framing business.