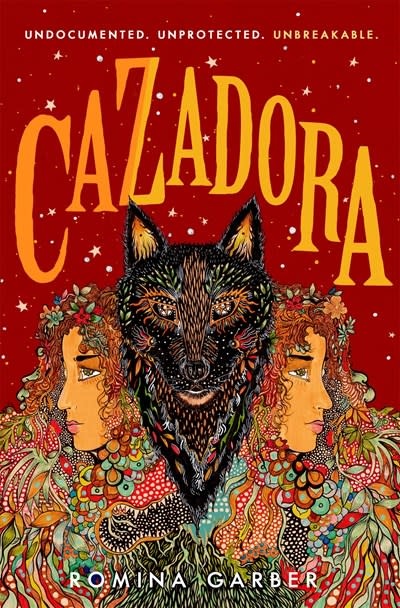 In Cazadora, the follow-up to Lobizona, Romina Garber weaves together Argentine folklore and what it means to be illegal in a timely, intimate, and emotionally powerful narrative.

Enter a world unlike any other...

The Coven promises to protect Manu, but when Manu and her friends are attacked at the Coven, they must find a new safe space. Manu recognizes the danger she presents to her friends and their families, and she decides to stop running. As terrified as she is to face the tribunal’s judgment, she knows what she wants now—a home and family with Tiago, and a place among the Septimus—and she’s willing to risk everything to earn it. Manu knows she’s risking a death sentence, but she can’t live her life on the run. She’s ready to take a stand.

But Manu isn’t giving up—because she plans to change things from the inside, so she and her friends can have the futures they've dreamt about.