Home » Children of Ash and Elm: A History of the Vikings 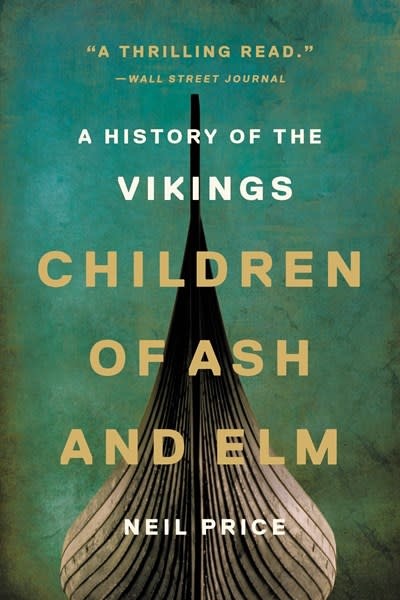 Children of Ash and Elm: A History of the Vikings

A “thrilling” (Wall Street Journal) history of the Vikings by a pre-eminent scholarThe Viking Age saw an unprecedented expansion of the Scandinavian peoples into the world. As traders and raiders, explorers and colonists, they ranged from eastern North America to the Asian steppe. But for centuries, the Vikings have been seen through the eyes of others, distorted to suit the tastes of medieval writers, Victorian imperialists, Nazis, and more.Based on the latest archaeological and textual evidence, Children of Ash and Elm tells the story of the Vikings on their own terms: their politics, their cosmology and religion, their material world. Known today for a stereotype of maritime violence, the Vikings exported new ideas, technologies, and beliefs to the lands and peoples they encountered. From Eirík Bloodaxe, who fought his way to a kingdom, to Gudríd Thorbjarnardóttir, the most traveled woman in the world, Children of Ash and Elm is a remarkable history of the Vikings and their time.

Neil Price is distinguished professor and chair of archaeology at Uppsala University, Sweden. He has been researching, teaching, and writing on the Vikings for nearly thirty-five years and is the author of several books on the history of the Viking Age. He lives in Sweden.