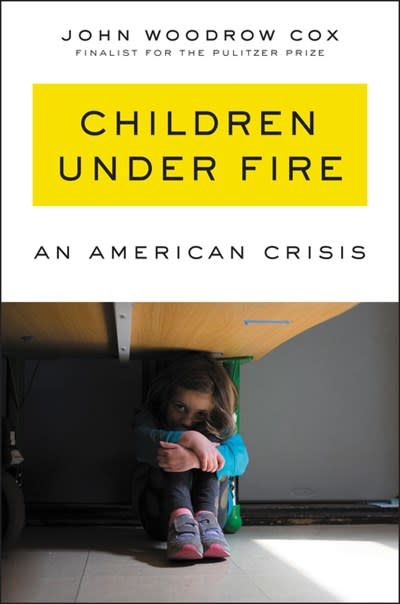 Children Under Fire: An American Crisis

In 2017, seven-year-old Ava in South Carolina wrote a letter to Tyshaun, an eight-year-old boy from Washington, DC. She asked him to be her pen pal; Ava thought they could help each other. The kids had a tragic connection—both were traumatized by gun violence. Ava’s best friend had been killed in a mass shooting at her elementary school, and Tyshaun’s father had been shot to death outside of the boy’s elementary school. Ava’s and Tyshaun’s stories are extraordinary—but not unique. More children were killed by gunfire in 2017 than in any other year this century, but that number does not account for the children who weren’t shot and aren’t considered victims but have nevertheless been irreparably harmed by gun violence.In Children Under Fire, John Woodrow Cox investigates the effectiveness of gun safety reforms as well as efforts to manage children’s trauma in the wake of neighborhood shootings and campus massacres, from Columbine to Marjory Stoneman Douglas. Through deep reporting, Cox addresses how we can effect change now, and help children like Ava and Tyshaun. He explores their stories and more, including a couple in South Carolina whose eleven-year-old son shot himself, a Republican politician fighting for gun safety laws, and the charlatans infiltrating the school safety business.In a moment when the country is desperate to better understand and address gun violence, Children Under Fire offers a way to do just that, weaving wrenching personal stories into a critical call for the United States to embrace practical reforms that would save thousands of young lives.

John Woodrow Cox is a staff writer at the Washington Post. He previously worked at the Tampa Bay Times and at the Valley News in New Hampshire. He has taught narrative writing at the University of Florida’s College of Journalism and Communications, and currently serves on the Department of Journalism’s Advisory Council. Cox has won Scripps Howard’s Ernie Pyle Award for Human Interest Storytelling, the Dart Award for Excellence in Coverage of Trauma, and Columbia Journalism School’s Meyer “Mike” Berger Award for human-interest reporting, among other honors.