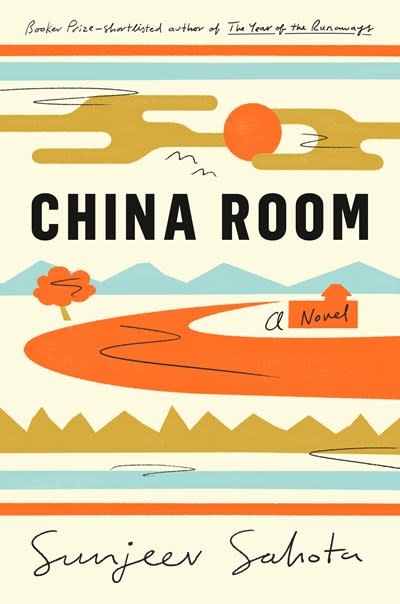 From the Booker Prize finalist, a captivating novel about two unforgettable characters separated by more than half a century but united by blood—a story of oppression, resilience, and the search for freedom

1929. Mehar, a young bride in rural Punjab, is trying to discover the identity of her new husband. Married to three brothers in a single ceremony, she and her sisters-in-law spend their days hard at work in the family’s “china room,” sequestered from contact with the men—except when their domineering mother-in-law, Mai, summons them to a darkened chamber at night. Curious and headstrong, Mehar can’t help but try to piece together what Mai doesn’t want her to know. From beneath her veil, she studies the sounds of the men’s voices, the calluses on their fingers as she serves them tea. After she glimpses something that seems to confirm which of the brothers is hers, a series of events is set in motion that will put more than one life at risk.

1999. A young man arrives at his uncle’s house in Punjab for the summer, hoping to shake an addiction that has held him in its grip for more than two years. Growing up in small-town England, the son of an immigrant shopkeeper, his experiences of racist ostracism and violence led him to seek a dangerous form of escape. As he rides out his withdrawal at the family’s now-abandoned farmstead—its china room mysteriously locked and barred—he begins to knit himself back together, gathering strength for the journey home.

At once sweeping and intimate, vivid and gripping, and partly inspired by the author’s own family history, China Room is a deeply moving novel from a contemporary master.

Sunjeev Sahota is the author of Ours Are the Streets and The Year of the Runaways, which was shortlisted for the Man Booker Prize and the Dylan Thomas Prize, and was awarded a European Union Prize for Literature. In 2013, he was named one of Granta’s twenty Best of Young British Novelists of the decade. He lives in Sheffield, England, with his family.