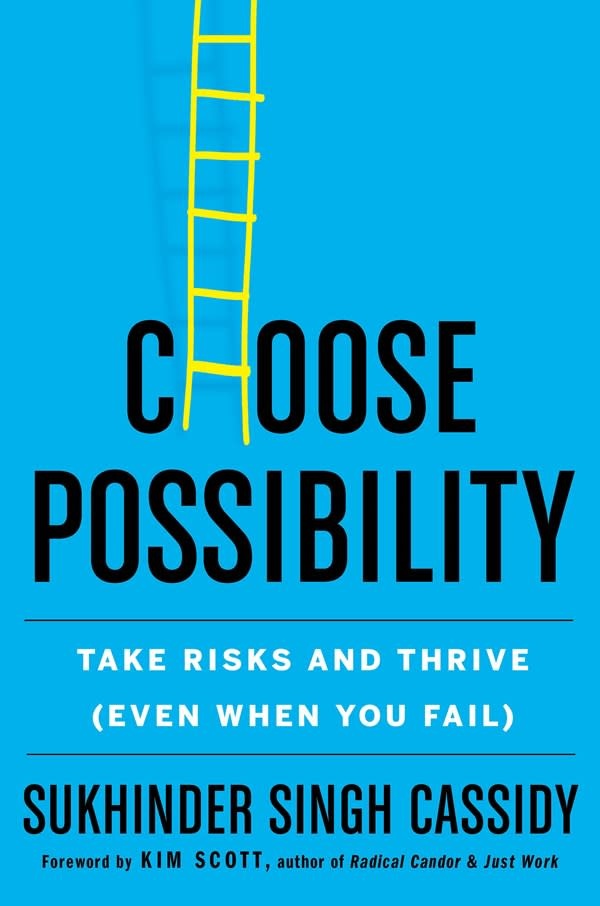 An indispensable guide to decision-making and risk-taking for anyone who finds themselves afraid of making a wrong choice in their career. This fresh, new approach comes from one of the most highly regarded and well-respected female tech executives in Silicon Valley, who made many wrong choices in her career, but learned how to turn those down moments into successes.

Life is made up of a series of choices. What do you do if one of those choices turns out poorly, especially if it was carefully considered? How do you trust your instinctive decision-making skills and make the next right choice? How do you continue to take risks when, suddenly, your risks are not working out?

Sukhinder Singh Cassidy is one of the most highly regarded and well-respected female tech executives in Silicon Valley, but she’ll be the first to admit that her path to success has been far from linear. She started three companies that have done exceedingly well, including theBoardlist (an organization designed to promote and place women onto corporate boards), and she just served as president of StubHub, which sold earlier this year for $4 billion.

But she’s also encountered plenty of poor choices, misfires, unexpected headwinds, and all other types of pitfalls that she had

to learn how to confront, analyze, navigate, and incorporate into her new path forward. From her own experience, she knows that personal success does not come from making one singular “correct” or “big” decision. Rather, long-range success comes from tackling numerous choices that are aimed to optimize future possibilities.

Singh Cassidy’s “seven myths of success,” as well as her advice on how to make FOMO into your friend, multiply your “bets” in life, and understand why you shouldn’t be blinded by “passion bias,” all provide an entirely new way to approach risk-taking and achieve lasting success.

SUKHINDER SINGH CASSIDY is a leading technology executive and entrepreneur, board member, and investor with twenty-five years of experience founding and helping to scale companies, including Google and Amazon. Most recently, she served as president of StubHub and as a member of eBay's executive leadership team. She is the founder and chairman of theBoardlist and has been profiled in Fortune, Forbes, the Wall Street Journal, Business Week, and the New York Times, among others. She has been named one of Elle's Power Women, one of the Most Creative People in Business by Fast Company, and one of the Top 100 People in the Valley by Business Insider, among many other accolades. She lives with her husband and three children in Silicon Valley.