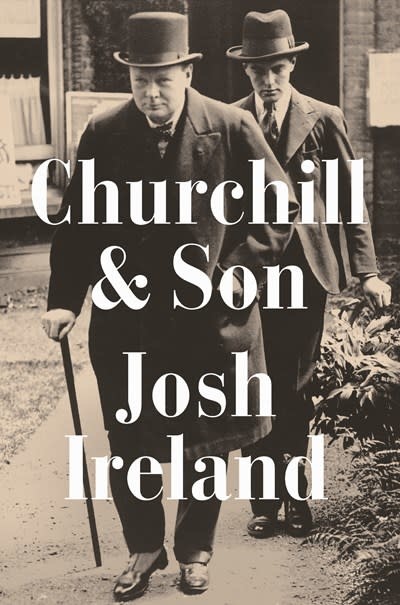 The intimate, untold story of Winston Churchill’s enduring yet volatile bond with his only son, Randolph

We think we know Winston Churchill: the bulldog grimace, the ever-present cigar, the wit and wisdom that led Great Britain through World War II. Yet away from the House of Commons and the Cabinet War Rooms, Churchill was a loving family man who doted on his children, none more so than Randolph, his only boy and Winston’s anointed heir to the Churchill legacy.

Randolph may have been born in his father’s shadow, but his father, who had been neglected by his own parents, was determined to see him go far. For decades, throughout Winston’s climb to greatness, father and son were inseparable—dining with Britain’s elite, gossiping and swilling Champagne at high society parties, holidaying on the French Riviera, touring Prohibition-era America. Captivated by Winston’s power, bravery and charisma, Randolph worshipped his father, and Winston obsessed over his son’s future. But their love was complex and combustible, complicated by money, class and privilege, shaded with ambition, outsized expectations, resentments, and failures.

Deeply researched and magnificently written, Churchill & Son is a revealing and surprising portrait of one of history’s most celebrated figures.

Josh Ireland has written for the Daily Telegraph, Prospect, Spectator and the Times Literary Supplement. He is the author of The Traitors: A True Story of Blood, Betrayal and Deceit, an account of five Britons who betrayed their country during World War II, published in the UK by John Murray.

For Churchill enthusiasts, Anglophiles and readers of books such as Andrew Roberts's Churchill, Candice Millard's Hero of the Empire, Sonia Purnell's Clementine, and William Manchester's The Last Lion