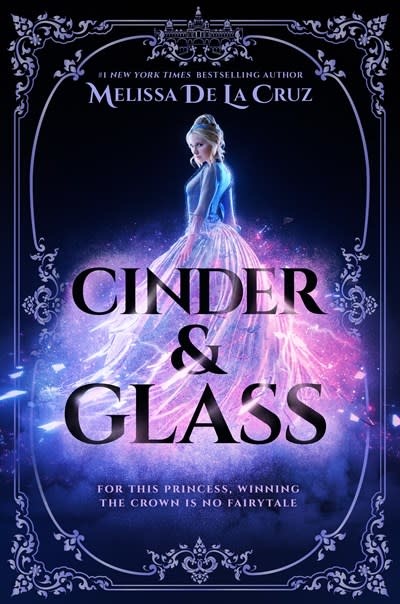 For this princess, winning the crown is no fairytale.

1682. The king sends out an invitation to all the maidens in France: their presence is requested at a number of balls and events that will be held in honor of the dashing Prince Louis, who must choose a bride.

Cendrillon de Louvois has more grace, beauty, and charm than anyone else in France. While she was once the darling child of the king’s favorite adviser, her father’s death has turned her into the servant of her stepmother and cruel stepsisters—and at her own chateau, too!

Cendrillon—now called Cinder—manages to evade her stepmother and attend the ball, where she catches the eye of the handsome Prince Louis and his younger brother Auguste.

Even though Cendrillon has an immediate aversion to Louis, and a connection with Auguste, the only way to escape her stepmother is to compete with the other women at court for the Prince’s hand.

Soon, as Cendrillon glows closer to Auguste and dislikes the prince more and more, she will have to decide if she can bear losing the boy she loves in order to leave a life she hates.

Melissa de la Cruz is the #1 New York Times, USA Today, Wall Street Journal, Los Angeles Times, and Publishers Weekly internationally bestselling author of many critically acclaimed books for readers of all ages, including the Alex & Eliza trilogy, Disney’s Descendants novels, the Blue Bloods series, and the Summer on East End series. Her books have sold over eight million copies, and the Witches of East End series became an hour-long television drama on the Lifetime network. Visit her at melissa-delacruz.com