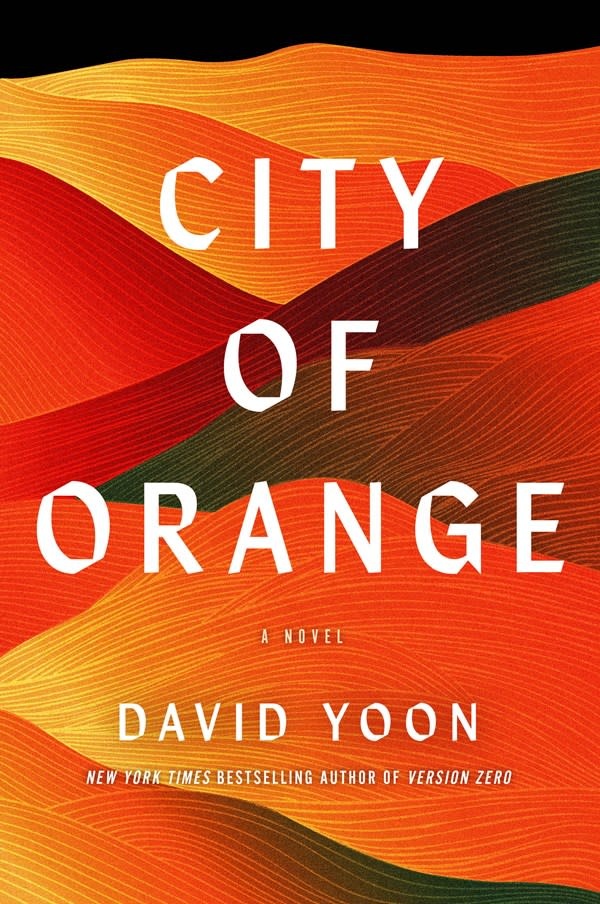 A man wakes up in an unknown landscape, injured and alone.

He used to live in a place called California, but how did he wind up here with a head wound and a bottle of pills in his pocket?

He navigates his surroundings, one rough shape at a time. Here lies a pipe, there a reed that could be carved into a weapon, beyond a city he once lived in.

He could swear his daughter’s name began with a J, but what was it, exactly?

Then he encounters an old man, a crow, and a boy—and realizes that nothing is what he thought it was, neither the present nor the past.

He can’t even recall the features of his own face, and wonders: who am I?

Harrowing and haunting but also humorous in the face of the unfathomable, David Yoon’s City of Orange is a novel about reassembling the things that make us who we are, and finding the way home again.