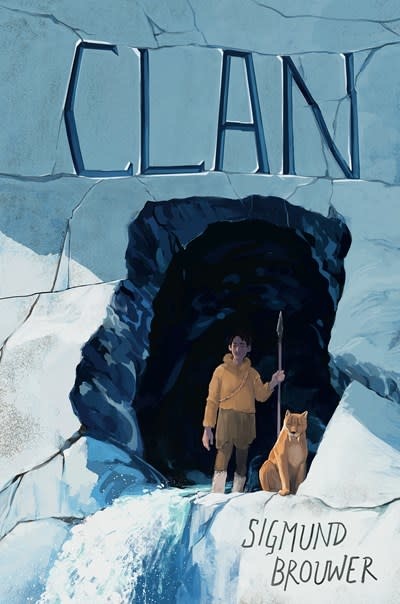 The classic survival story gets a prehistoric twist in this gripping middle-grade adventure featuring a boy and his saber tooth tiger cub, perfect for fans of Hatchet.

Injured as a child, Atlatl dreams of one day earning his father’s respect as a hunter. But when Atlatl brings the young saber tooth to his Clan, it leads to a devastating moment of torn loyalties between Atlatl and his father—a moment that will change their lives forever.

Then an epic disaster strikes, and suddenly Atlatl has to rely on wits, ingenuity and bravery to face his biggest foe yet and try to save what remains of his Clan.

SIGMUND BROUWER writes for both children and adults. He is the bestselling author of dozens of titles, with close to four million books in print in multiple languages. He has won the Christy Book of the Year and the Arthur Ellis Award, as well as being nominated for two of the prestigious TD Children’s Literature Awards and the Red Maple Award. His Rock and Roll Literacy presentation has reached over a million students across North America. Sigmund splits his time between Red Deer, Alberta, and Nashville, Tennessee.