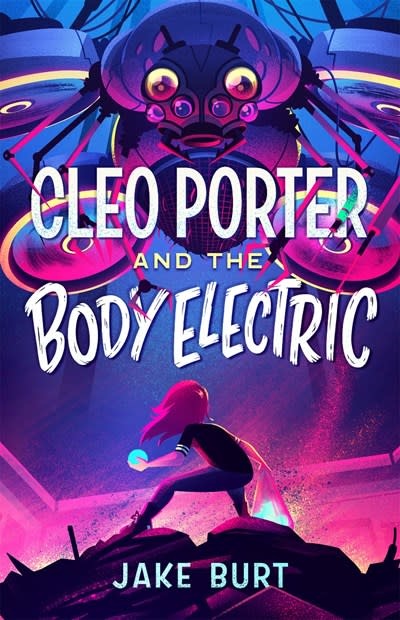 Cleo Porter and the Body Electric

In a future forever changed by a pandemic, a girl survives in total isolation.

A woman is dying.

Cleo Porter has her medicine. And no way to deliver it.

Like everyone else, twelve-year-old Cleo and her parents are sealed in an apartment without windows or doors. They never leave. They never get visitors. Their food is dropped off by drones. So they’re safe. Safe from the disease that nearly wiped humans from the earth. Safe from everything. The trade-off?

They’re alone. Thus, when they receive a package clearly meant for someone else—a package containing a substance critical for a stranger’s survival—Cleo is stuck. As a surgeon-in-training, she knows the clock is ticking. But people don’t leave their units.

Jake Burt is the author of Greetings from Witness Protection! which was named an Indies Introduce title, as well as The Right Hook of Devin Velma and The Tornado. A fifth-grade classroom teacher, Jake lives with his family in Hamden, Connecticut. jburtbooks.com