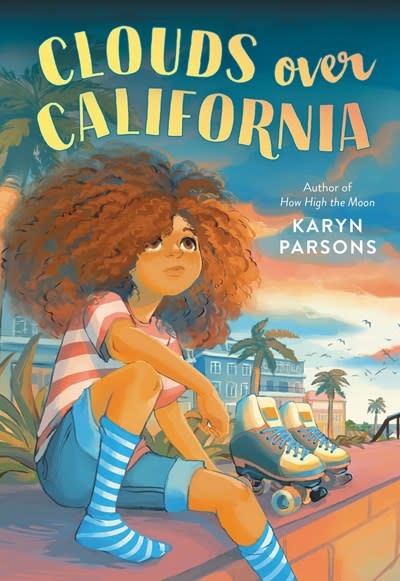 My Life as an Ice Cream Sandwich meets One Crazy Summer in this moving and heartfelt novel about how one girl's family and friendships are turned upside down, just as the world is changing in 1970s Los Angeles—from the author of the highly acclaimed How High the Moon.

Stevie’s life is fluctuating rapidly. She's starting over in a brand new middle school. Quiet and observant, it's hard for her to make friends. Plus, her mind is too occupied. The tension in her home is building as her parents' arguments are becoming more frequent. To top it all off, Stevie's older cousin Naomi is coming to live with the family in an attempt to keep her from a "bad" crowd—The Black Panthers.

Stevie agrees to keep Naomi's secrets. She's the cool big cousin, after all, and Stevie can't help but notice the happy, positive effect the Black Panthers are having on Naomi's confidence and identity—just like how Mom is making decisions for herself, even when Dad disapproves.

Stevie feels herself beginning to change as well. But one thing remains the same: she loves both of her parents, and she loves them together. Can her family stay in one piece despite the world shifting around them?

Karyn Parsons is best known for her role as Will Smith's cousin Hilary Banks on NBC's The Fresh Prince of Bel-Air. After leaving acting behind, Karyn has gone on to found and produce Sweet Blackberry, an award-winning series of children's animated films, to share stories about unsung Black heroes in history, featuring narration from stars such as Alfre Woodard, Queen Latifah, and Chris Rock. The videos have been screened on HBO and Netflix, and enjoyed by schools and libraries across the country. She is the author of Flying Free: How Bessie Coleman's Dreams Took Flight, How High the Moon, and Saving the Day. Karyn lives with her family in Providence, Rhode Island.