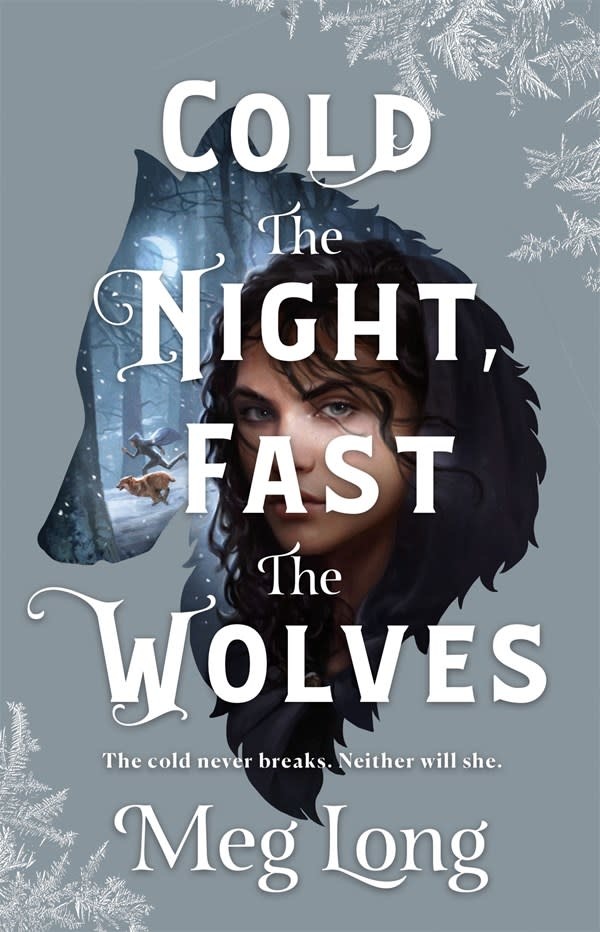 Cold the Night, Fast the Wolves

A captivating debut about survival, found family, and the bond between a girl and a wolf that delivers a fresh twist on classic survival stories and frontier myths.

After angering a local gangster, seventeen-year-old Sena Korhosen must flee with his prize fighting wolf, Iska, in tow. A team of scientists offer to pay her way off her frozen planet on one condition: she gets them to the finish line of the planet’s infamous sled race. Though Sena always swore she’d never race after it claimed both her mothers’ lives, it’s now her only option. But the tundra is a treacherous place, and as the race unfolds and their lives are threatened at every turn, Sena starts to question her own abilities. She must discover whether she's strong enough to survive the wild—whether she and Iska together are strong enough to get them all out alive.

MEG LONG was born and raised in Louisiana and originally wanted to be a spy. Instead she somehow found herself teaching overseas in China and Malaysia before ending up in Colorado, where it snows entirely too much.

She taught middle and high school for eight years before jumping to the tech industry as a content writer. When not reading or writing, she’s kicking things at her Muay Thai gym with her boyfriend, playing video games, or obsessing over Sailor Moon fanart.