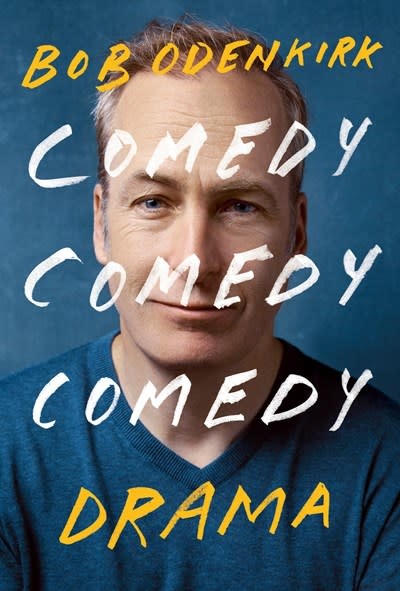 In this hilarious, heartfelt memoir, the star of Mr. Show, Breaking Bad, and Better Call Saul opens up about the highs and lows of showbiz, his cult status as a comedy writer, and what it’s like to reinvent himself as an action film ass-kicker at fifty.

Bob Odenkirk’s career is inexplicable. And yet he will try like hell to explicate it for you. Charting a “Homeric” decades-long “Odyssey” from his origins in the seedy comedy clubs of Chicago to a dramatic career full of award nominations and including a side-trip that is baffling to all who know him, into the action-man world, it’s almost like there are many Bob Odenkirks! But there is just one and one is plenty.

Bob embraced a life in comedy after a chance meeting with Second City’s legendary Del Close. He somehow made his way to a job as a writer at SNL. While surviving that legendary gauntlet by the skin of his gnashing teeth, he stashed away the secrets of comedy writing—eventually employing them in the immortal “Motivational Speaker” sketch for Chris Farley, honing them on The Ben Stiller Show, and perfecting them on Mr. Show With Bob and David.

In Hollywood, Bob demonstrated a bullheadedness that would shame Sisyphus himself, and when all hope was lost for the umpteenth time, the phone rang with an offer to appear on Breaking Bad—a show about how boring it is to be a high school chemistry teacher. His embrace of this strange new world of dramatic acting led him to working with Steven Spielberg, Alexander Payne, and Greta Gerwig, and then, in a twist that will confound you, he re-re-invents himself as a bona-fide action star. Why? Read this and do your own psychoanalysis—it’s fun!

Featuring humorous tangents, never-before-seen photos, wild characters, and Bob’s trademark unflinching drive, Comedy Comedy Comedy Drama is a classic showbiz tale—and a moving story about what it’s like to risk everything you think you know.

Bob Odenkirk is an actor, comedian, writer, director, and producer. Odenkirk got his start in improv comedy at Second City in Chicago and went on to write for Saturday Night Live. He’s starred in AMC’s Breaking Bad and Better Call Saul and written and starred in the sketch comedy cult hit Mr. Show. He’s written and produced a number of television shows, including Tim and Eric’s Awesome Show, Great Job!, and directed three films.