Home » Coming Together: An Inspiring Response to the "Separate-But-Equal" Supreme Court Decision that Divided America 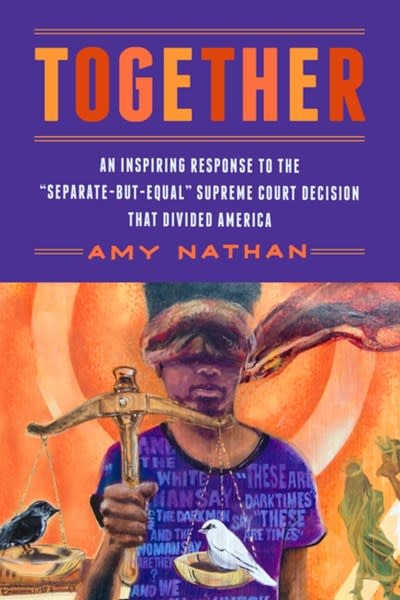 Coming Together: An Inspiring Response to the "Separate-But-Equal" Supreme Court Decision that Divided America

A century after the Supreme Court’s infamous “separate but equal” decision, ancestors of Plessy and Ferguson form an inspiring partnership.

Keith Plessy and Phoebe Ferguson were both born in New Orleans in 1957. Sixty-five years earlier, in 1892, a member of each of their families met in a Louisiana courtroom when Judge John Ferguson found Homer Plessy guilty of breaking the law by sitting in a train car for white passengers. The case of Plessy v. Ferguson went all the way to the Supreme Court, where the justices ruled that “separate-but-equal” was constitutional, sparking decades of discriminatory laws across the South. In Coming Together, Amy Nathan threads the personal stories of Keith Plessy and Phoebe Ferguson into the larger history of race relations and civil rights movements in New Orleans and throughout the United States. She tells the inspiring story of how Keith and Phoebe came together to form the Plessy and Ferguson Foundation which aims to teach the history of the case and support those who continue to fight for their rights today.

Amy Nathan is an award-winning author of many books for young people, including Round and Round Together, A Ride to Remember, Making Time for Making Music, The Young Musician's Survival Guide, Yankee Doodle Gals, Meet the Musicians, and Count On Us. She grew up in Baltimore and now lives in Westchester County, New York.