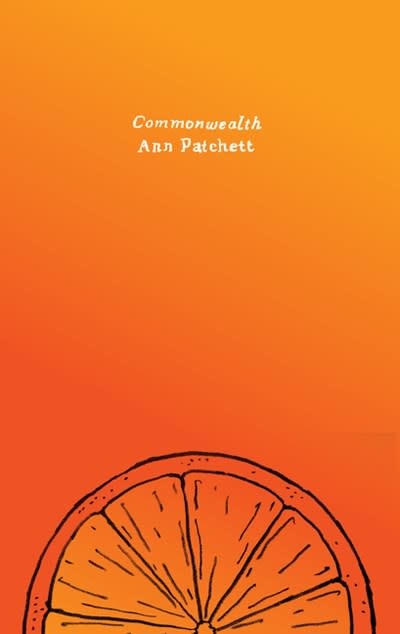 #1 New York Times BestsellerFrom the bestselling author of The Dutch House and Bel Canto, a compelling story of two broken families and the paths their lives take over the course of forty years, through love and marriage, death and divorce, and a dark secret from childhood that lies underneath it all. Now available as a limited Olive Edition from Harper Perennial.

One Sunday afternoon in Southern California, Bert Cousins shows up at Franny Keating’s christening party uninvited. Before evening falls, he has kissed Franny’s mother, Beverly—thus setting in motion the dissolution of their marriages and the joining of two families.Spanning five decades, Commonwealth explores how this chance encounter reverberates through the lives of the four parents and six children involved. Spending summers together in Virginia, the Keating and Cousins children forge a lasting bond that is based on a shared disillusionment with their parents and the strange and genuine affection that grows up between them.When, in her twenties, Franny begins an affair with the legendary author Leon Posen and tells him about her family, the story of her siblings is no longer hers to control. Their childhood becomes the basis for his wildly successful book, ultimately forcing them to come to terms with their losses, their guilt, and the deeply loyal connection they feel for one another.Told with equal measures of humor and heartbreak, Commonwealth is a meditation on inspiration, interpretation, and the ownership of stories. It is a brilliant and tender tale of the far-reaching ties of love and responsibility that bind us together.

Ann Patchett is the author of seven previous novels, The Patron Saint of Liars, Taft, The Magician’s Assistant, Bel Canto, Run, State of Wonder, and Commonwealth. She was the editor of Best American Short Stories, 2006, and has written three books of nonfiction: Truth & Beauty, What now?, and This is the Story of a Happy Marriage.In November 2011, she opened Parnassus Books with Karen Hayes. In 2012 she was named by Time magazine as one of the 100 Most Influential People in the World.