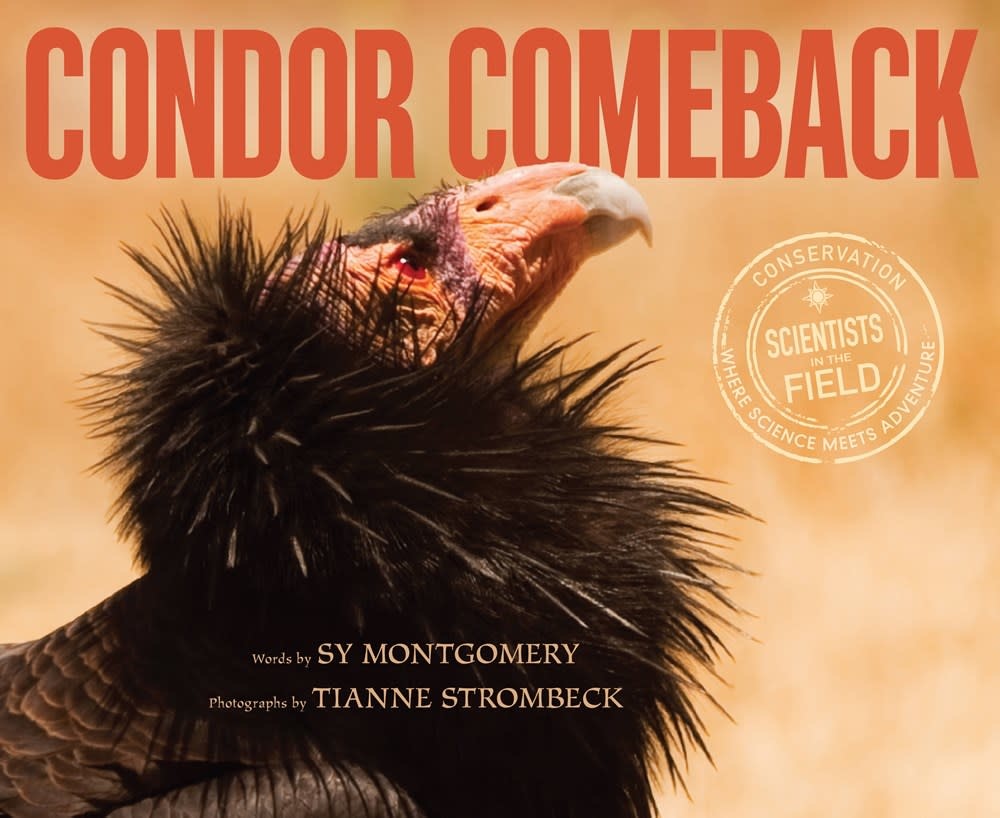 Scientists in the Field: Condor Comeback

Sibert Medalist, National Book Award Honoree, and New York Times best-selling author Sy Montgomery turns her formidable talents to the story of California condors and the scientists who have fought against their extinction in this installment in the award-winning Scientists in the Field series.

In April of 1987 the last wild California condor was captured and taken to live in captivity like the other twenty-six remaining birds of its kind. Many thought that the days were over of of this remarkable, distinguished bird that had roamed the skies of North and Central American for thousands of years.

Sy Montgomery employs her skill for on-the-ground reporting, shrewd observation, and stunning narrative prose to detail the efforts of scientists, volunteers, and everyday citizens to get California condors back in the wild. In particular, Montgomery profiles employees at the Santa Barbara Zoo who have worked tirelessly to raise abandoned chicks, nurse sick birds back to health, and conduct research that can support legislation to ban what is probably the largest threat to the existence of the wild condor: lead bullets. In turns affectionate and frustrated, hopeful and heartbreaking, Montgomery’s powerful prose does justice to these ancient, sociable, and elegant creatures.

Complete with world-class, full-color photography and helpful sidebars that provide details such as the history of the bird’s fight back from extinction, the dangers of lead poisoning, and the relationship of condors to the Chumash nation, Condor Comeback is an inspiring story of groundbreaking science, perseverance, and cooperation.

In addition to researching films, articles, and over twenty books, National Book Award finalist Sy Montgomery has been honored with a Sibert Medal, two Science Book and Film Prizes from the National Association for the Advancement of Science, three honorary degrees, and many other awards. She lives in Hancock, New Hampshire, with her husband, Howard Mansfield, and their border collie, Thurber.