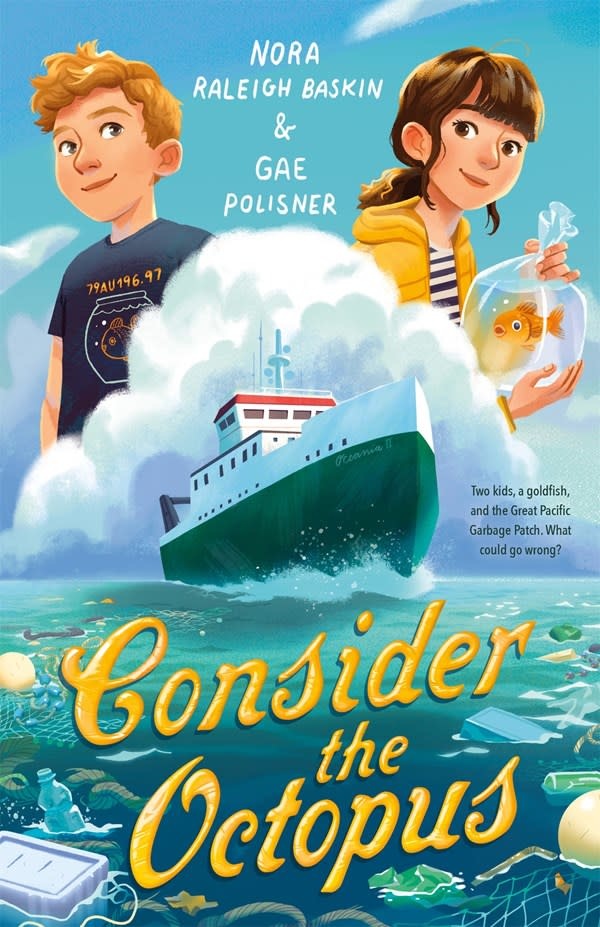 In this funny, realistic, contemporary middle grade environmental comedy, two twelve-year-olds find themselves unexpected friends and allies on board a scientific research ship at the edge of the Great Pacific Garbage Pile—and on the cusp of changing the future of our world oceans!

Jeremy "JB" Barnes is looking forward to spending the summer before seventh grade hanging on the beach. But his mother, a scientist, has called for him to join her aboard a research ship where, instead, he'll spend his summer seasick and bored as he stares out at the endless plastic, microbeads, and other floating debris that make up the Great Pacific Garbage Pile.

Miles and miles away, twelve-year-old Sidney Miller is trying to come up with an alternate activity worthy of convincing her overprotective parents that she can skip summer camp.

When Jeremy is asked to find the contact information for a list of important international scientists and invite them to attend a last-minute Emergency Global Summit, he's excited to have a chance to actually do something. But how could he have known that the Sidney Miller he emailed was not the famous marine biologist he had been tasked with contacting, rather a girl posting blogs from her bedroom—let alone that she would come aboard the ship?

This is a comedy of errors, mistaken identity, and synchronicity. Above all, it is a heartfelt story about friendship and the power of kids to step up and save our oceans and our Earth, perfect for fans of Lynne Kelly's Song for a Whale.

Nora Raleigh Baskin is the ALA Schneider Family Book Award-winning author of Anything but Typical. She is the author of many best-loved books for kids, including most recently, Nine, Ten: A September 11 Story Nora lives with her family in Connecticut. NoraBaskin.com

Gae Polisner is a lawyer by trade, but a writer by calling. She lives on Long Island with her husband, two sons, and a suspiciously fictional-looking dog named Charlie. gaepolisner.com