Home » Cooking at Home: Or, How I Learned to Stop Worrying About Recipes [and Love My Microwave] 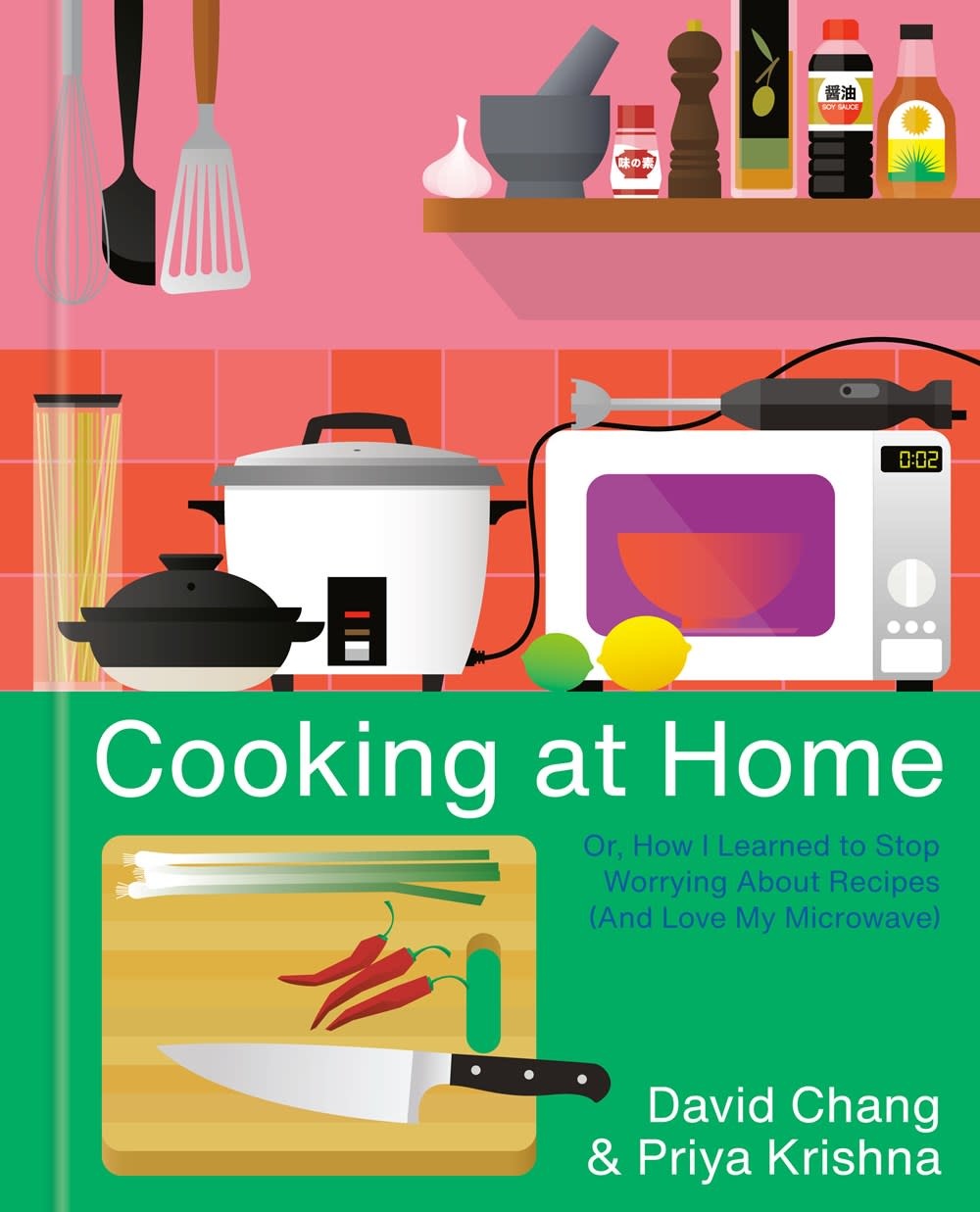 Cooking at Home: Or, How I Learned to Stop Worrying About Recipes [and Love My Microwave]

The globally renowned chef of Momofuku, star of Netflix’s Ugly Delicious, and bestselling author of Eat a Peach now shares the kitchen hacks and culinary tricks he uses as a new home cook for a growing family—and shows the rest of us how to make the most of our cooking skills.

Being a chef can make you the absolute worst kind of home cook. Either you’re too fussy when dinner just needs to be on the table (without an hour of dishes to do afterwards), or, like Momofuku chef David Chang, you just never cook at home—your apartment is a place to sleep. But now, with a young family to feed, David finds himself having to retrain every instinct in his kitchen. With a decidedly non-restaurant pantry and no-frills equipment, he now has the same goals as every other mortal home cook: to make something as delicious as possible, in the least amount of time possible, with as little mess as possible.

And what David learned is to never cook like a chef. Don’t look at recipes. Choose frozen peas over fresh. Put the microwave to use—a lot. And go ahead, make the sauce for pasta cacio e pepe in a blender, no matter what that cool chef says. This is a book of delicious recipes that maximize flavor while minimizing effort and culinary orthodoxy. Rather than outlining formal recipes, David talks through how he tackles a dish step by step, starting with a basic template and then turning to endless variations. You might start with chicken thighs cooked with onion and garlic, but from there you can make coconut chicken curry or gochujang chicken and potatoes. You’ll get a lazier version of Momofuku’s ginger-scallion noodles, but then see how David riffs on it with a pesto-ish ginger-basil sauce.

This cookbook is David’s guide to unlocking culinary dark arts of shortcuts and hacks, brought to you by a chef who’s made a career of doing everything the hard way…and is as tired of doing it as you are of hearing about it.

David Chang is the chef and founder of Momofuku. Since opening Momofuku Noodle Bar in New York City in 2004, he has been honored with six James Beard Awards, including Outstanding Chef, and has been recognized as a Time 100 honoree. His cookbook, Momofuku, and his memoir, Eat a Peach, are New York Times bestsellers. In 2018, David founded Majordomo Media and launched The Dave Chang Show podcast. He is the host of two Netflix original documentary series, Ugly Delicious and Breakfast, Lunch & Dinner.

Priya Krishna is a food reporter for The New York Times, and the author of the best-selling cookbook, Indian-ish. She grew up in Dallas, TX, and currently lives in Brooklyn.