Home » Create Your Own Secret Language 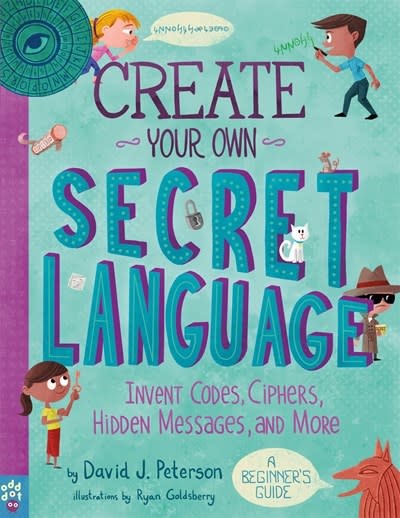 Create Your Own Secret Language

Communicate in a language only you and your friends can understand!

Protect your diary from snooping siblings. Share your secrets with a BFF. Guard your texts from unwanted eyes. Create the lingua franca for your own fantastical secret world! Expert language creator David J. Peterson (inventor of languages for Game of Thrones, the Marvel Universe, and more) guides you as you create your own secret languages, codes, ciphers, and hidden messages. From simple cyphers to entirely new alphabets, master the skills of secret communication, whether it’s written, drawn, or spoken. By the time you're finished reading, you’ll be able to share messages memora vosak laz vos otihoe vosecchi! (“that no one will be able to understand!")

David J. Peterson is an author, language creator, and all-around language enthusiast. He's created languages for shows like the HBO's Game of Thrones, CW's The 100 and Netflix's The Witcher, as well as films like Marvel's Doctor Strange and Legendary's Dune. He can often be found curled up in an armchair with his two cats doodling in his invented scripts. He lives in Orange County, California with his wife Erin and his daughter Meridian.

Ryan Goldsberry is an illustrator, graphic designer, animator, and board game maker. He's best known for the tabletop games, Burgle Bros. and Paperpack. He also spent over a decade working in video games as an animator for the Tomb Raider franchise. Ryan has five children, which technically makes him insane, and severely sleep deprived. He is a child of the 80s so things like the Ghostbusters, Goonies, He-man and the Ninja Turtles have all combined to make him who he is today.