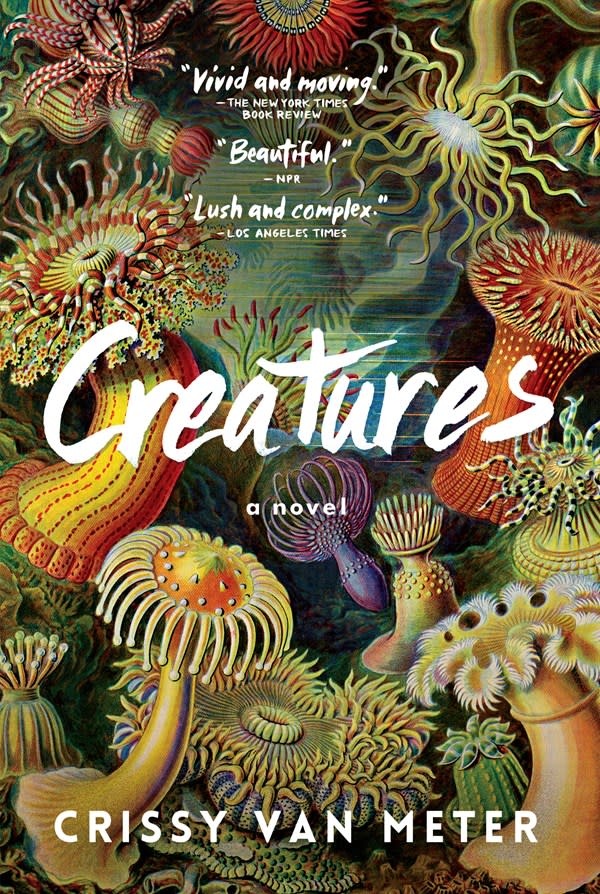 On the eve of Evangeline’s wedding on Winter Island, the groom may be lost at sea, a dead whale is trapped in the harbor, and Evie’s mostly absent mother has shown up out of the blue. From there, in this mesmerizing, provocative debut, the narrative flows back and forth through time as Evie reckons with her complicated upbringing—a weed-dealing, charming but neglectful father, a wild-child best friend—in this lush land off the coast of Southern California.

With wit, love, and bracing flashes of anger, Creatures probes the complexities of family and abandonment, guilt and forgiveness, betrayal and grief—and exerts a pull as strong as the tides.