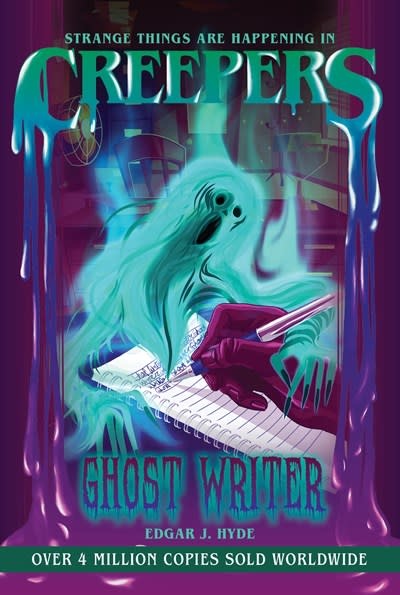 The Creepers series is back with another scary story that is sure to bring the thrills! In the notebook of a young boy named Charlie exists a story that writes itself… After moving to a new house, the lives of Charlie, Kate, and Neil get turned upside down when they learn the house might be haunted. Horrific dreams filled with paranormal specters that bleed into the real world and a wicked cult operating out of the school become everyday occurrences for this family. Can these teens put a stop to the great evil they’ve stumbled upon?