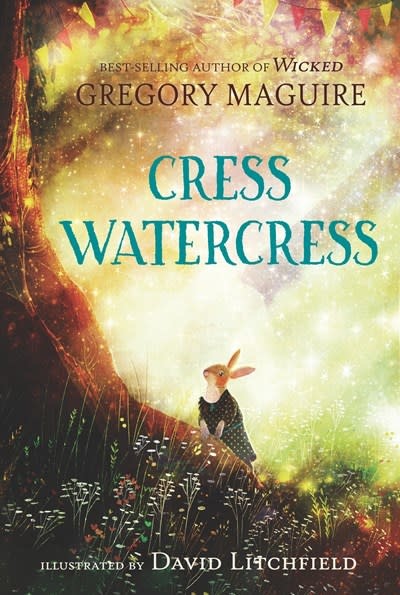 Gregory Maguire turns his trademark wit and wisdom to an animal adventure about growing up, moving on, and finding community. When Papa doesn’t return from a nocturnal honey-gathering expedition, Cress holds out hope, but her mother assumes the worst. It’s a dangerous world for rabbits, after all. Mama moves what’s left of the Watercress family to the basement unit of the Broken Arms, a run-down apartment oak with a suspect owl landlord, a nosy mouse super, a rowdy family of squirrels, and a pair of songbirds who broadcast everyone’s business. Can a dead tree full of annoying neighbors, and no Papa, ever be home? In the timeless spirit of E. B. White and The Wind and the Willows—yet thoroughly of its time—this read-aloud and read-alone gem for animal lovers of all ages features an unforgettable cast that leaps off the page in glowing illustrations by David Litchfield. This tender meditation on coming-of-age invites us to flourish wherever we find ourselves.

Gregory Maguire is the author of the incredibly popular books in the Wicked Years series, including Wicked: The Life and Times of the Wicked Witch of the West, which inspired the musical. He is also the author of several books for children, including What-the-Dickens, a New York Times bestseller, and Egg & Spoon, a New York Times Book Review Notable Children’s Book of the Year. Gregory Maguire lives outside Boston.

David Litchfield started to draw when he was very young, creating comics for his older brother and sister. Since then his work has appeared in magazines, newspapers, and books and on T-shirts. His first picture book, The Bear and the Piano, won the Waterstones Children’s Book Prize. He is also the illustrator of Rain Before Rainbows by Smriti Prasadam-Halls and War Is Over by David Almond. David Litchfield lives in England. 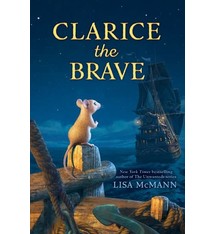 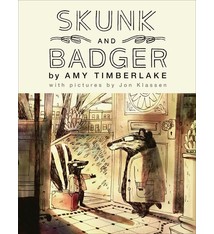 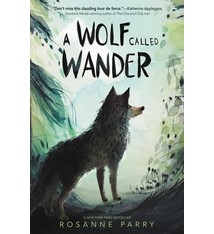