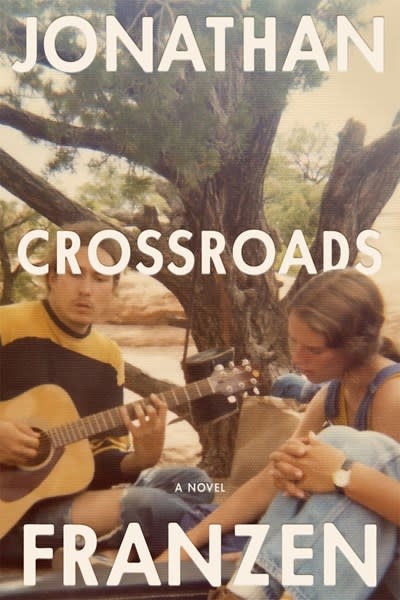 Crossroads is the first novel in Jonathan Franzen's magnum opus, A Key to All Mythologies. The trilogy tells the story of a Midwestern family across three generations, mirroring the preoccupations and dilemmas of the United States from the Vietnam War to the 2020s

Jonathan Franzen has been universally recognized as the great novelist of his generation, a peer and inheritor of Steinbeck, Mailer, Updike, and Roth. Now in his sixties, he has been telling us the truth about the American family through novel after novel, from The Twenty-Seventh City to The Corrections to Freedom and beyond.

In A Key to All Mythologies, he is writing the books of his career: a sweeping yet deeply intimate story that encompasses all the "mythologies"—the political, religious, intellectual, social, and emotional crosscurrents that have swept like wildfire across American life in the past decades.

His subject this time is the Hildebrand family of New Prospect, Illinois, outside Chicago. The father, Russ, is the assistant pastor of the First Reformed Church and ex-director of Crossroads, its youth group. He and his wife, Marion, whose marriage has been slowly going stale, have four children. Clem has just left for college and is struggling with the moral dilemmas of the draft and his first sexual experience. Becky is the perfect apple of her father's eye and the most popular girl in school. And there are two younger boys: the scarily brilliant and erratic Perry, and Jay, the beloved baby of the family. All are at points of stress and crisis as Christmas 1971 approaches.

Crossroads is the first volume in a trilogy inspired in part by Elena Ferrante's rich and reverberant Naples books. Not since The Corrections has an American novel given us the inside story of how we are living now with such intimacy, mordancy, and humor; and, as Franzen has said, his work finally always tends toward love and reconciliation.

Jonathan Franzen is the author of Purity, The Corrections, and Freedom, among other novels, and works of nonfiction including Farther Away and The Kraus Project, all published by Farrar, Straus and Giroux. He is a member of the American Academy of Arts and Letters, the German Akademie der Künste, and the French Ordre des Arts et des Lettres. 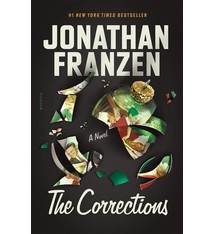 The Corrections: A novel