Home » Cuba in My Pocket 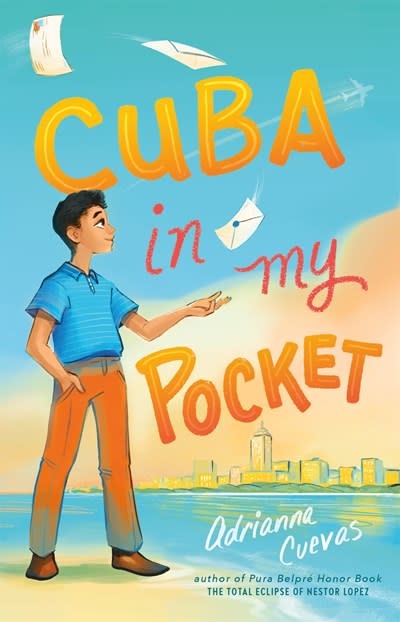 Cuba in My Pocket

A middle grade historical novel about a twelve-year-old boy who leaves his family in Cuba to immigrate to the U.S. by himself, based on the author's family history.

When the failed Bay of Pigs invasion in 1961 solidifies Castro’s power in Cuba, twelve-year-old Cumba’s family makes the difficult decision to send him to Florida alone. Faced with the prospect of living in another country by himself, Cumba tries to remember the sound of his father’s clarinet, the smell of his mother’s lavender perfume.

Life in the United States presents a whole new set of challenges. Lost in a sea of English speakers, Cumba has to navigate a new city, a new school, and new freedom all on his own. With each day, Cumba feels more confident in his new surroundings, but he continues to wonder: Will his family ever be whole again? Or will they remain just out of reach, ninety miles across the sea?

Adrianna Cuevas is the author of The Total Eclipse of Nestor Lopez (FSG BYR, 2020). She is a first-generation Cuban-American originally from Miami, Florida. After teaching Spanish and ESOL for sixteen years, she decided to pursue her passion for storytelling. Adrianna currently resides outside of Austin, TX with her husband and son where they enjoy hiking, traveling, and cooking lots of Cuban food. adriannacuevas.com