Home » Curse of the Forgotten City 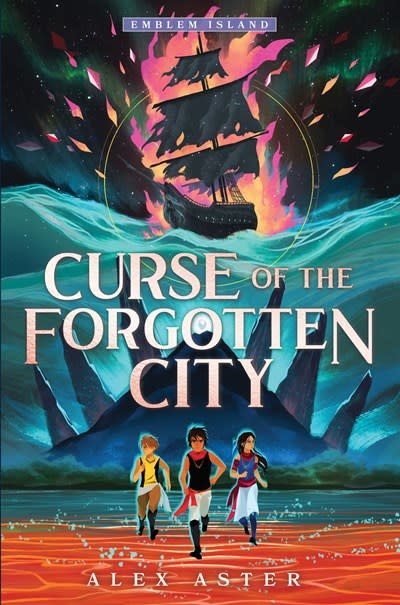 Curse of the Forgotten City

For fans of Rick Riordian Presents comes the thrilling conclusion to the acclaimed Emblem Island series inspired by real Latin American myths, filled with adventure on the high seas, terrifying creatures, and an unforgettable journey of three friends

Tor is adjusting to life with the Night Witch's powers, with his best friends Engle and Melda by his side. But when a mysterious girl named Vesper washes ashore claiming a band of cursed pirates is on their way to Emblem Island, life changes fast.Vesper is from an underwater city that was destroyed by the terrible Calavera pirates and she warns Tor that his village is next. To stop the pirates, Tor, Engle, and Melda join Vesper on the hunt for the famed Pirate's Pearl, an ancient relic that would give them complete control of the high seas.But the journey is perilous, filled with legendary sea creatures that are determined to see them fail. To save his village and everyone he loves, Tor must accept his new abilities—and use them—in the race to find the pearl.

ALEX ASTER is the author of The Emblem Island series, inspired by the Latin American myths her Colombian grandmother told her as a child before bedtime. She lives in New York. Explore the world of Emblem Island at www.asterverse.com.