Home » Curse of the Night Witch 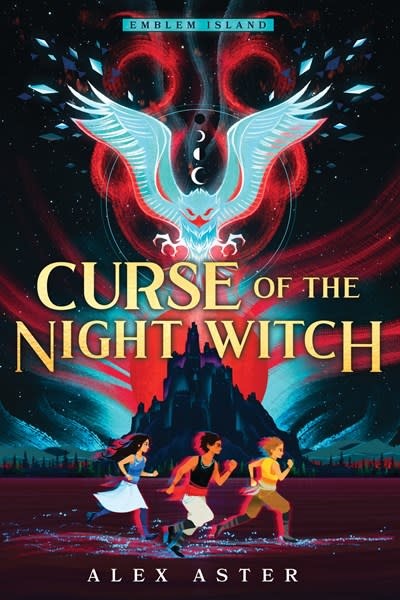 Curse of the Night Witch

A fast-paced, #ownvoices series starter steeped in Colombian mythology and full of adventure, perfect for fans of Aru Shah and the End of Time. Now in paperback!

On Emblem Island, all are born knowing their fate. Their lifelines show the course of their life and an emblem dictates how they will spend it.

Twelve-year-old Tor Luna was born with a leadership emblem, just like his mother. But he hates his mark and is determined to choose a different path for himself. So, on the annual New Year's Eve celebration, Tor wishes for a different power.

The next morning Tor wakes up to discover a mark symbolizing a curse is imprinted on his arm and his hand's lifeline is cut short. There is only one way to break the curse—and it requires a trip to the notorious Night Witch.

With only his village's terrifying, ancient stories as a guide, and his two friends Engle and Melda by his side, Tor must travel across unpredictable Emblem Island, filled with wicked creatures he only knows through myths, in a race against his dwindling lifeline.

ALEX ASTER is an author who recently graduated from the University of Pennsylvania, where she majored in English with a concentration in creative writing. The Emblem Island series is inspired by the Latin American myths her Colombian grandmother told her as a child before bedtime. She lives in New York. Explore the world of Emblem Island at www.asterverse.com.