Home » Curse of the Werewolves 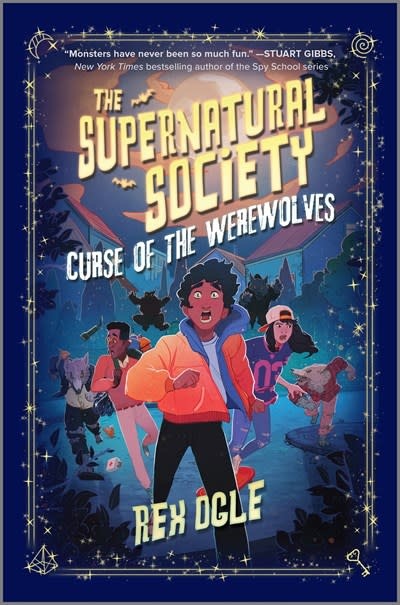 Curse of the Werewolves

The Goonies meets Halloweentown in this hilariously scary middle grade series continuation about a town chock-full of monsters and the group of kids who must race to unravel centuries of secrets to save the day.

Things are starting to look up for Will Hunter in East Emerson: He’s pretty much used to seeing monsters all over the place He’s become best friends with neighbors Ivy and Linus (the only people who can see what he sees) Together, they saved the town from a petnapping vampire! But Will’s problems are far from over. Because there’s a werewolf on the loose in East Emerson, turning people into dangerous, mind-controlled animals left and right. And Will is one of them. Can Will, Ivy, and Linus find out who is behind this shapeshifter army before it’s too late, or will our hero be stuck as a werewolf forever?

Rex Ogle has had lots of jobs. Some involved waiting tables, moving boxes, or cleaning toilets. Other jobs involved creating stories for Star Wars, LEGO, Power Rangers, Minions, DC Comics, and Marvel Comics. Now, Rex is a full-time writer and the author behind Free Lunch, winner of the YALSA Award for Excellence in Non-Fiction. Oh! And he’s written the The Supernatural Society series. Why? Because, while it was fun to clean toilets, it is much more fun to write about monsters.