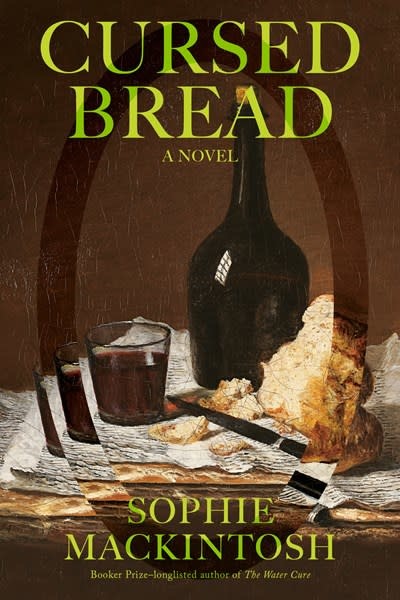 From the Booker Prize–nominated author of The Water Cure comes an elegant and hypnotic new novel of obsession that centers on the real unsolved mystery of the 1951 mass poisoning of a French village.

Still reeling in the aftermath of the deadliest war the world had ever seen, the small town of Pont-Saint-Esprit collectively lost its mind. Some historians believe the mysterious illness and violent hallucinations were caused by spoiled bread; others claim it was the result of covert government testing on the local population.

In that town lived a woman named Elodie. She was the baker’s wife: a plain, unremarkable person who yearned to transcend her dull existence. So when a charismatic new couple arrived in town, the forceful ambassador and his sharp-toothed wife, Violet, Elodie was quickly drawn into their orbit. Thus began a dangerous game of cat and mouse--but who was the predator and on whom did they prey?

SOPHIE MACKINTOSH is the author of Blue Ticket and The Water Cure, which won the 2019 Betty Trask Award and was longlisted for the 2018 Man Booker Prize. In 2016 she won the White Review Short Story Prize and the Virago/Stylist short story competition. She has been published in The New York Times, Elle, and Granta, among others.