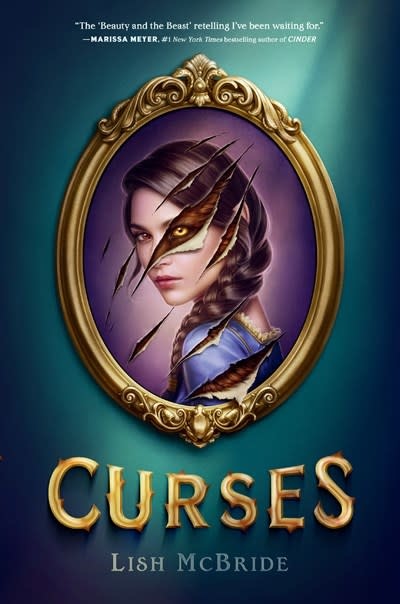 Merit Cravan refused to fulfill her obligation to marry a prince, leading to a fairy godling’s curse. She will be forced to live as a beast forever, unless she agrees to marry a man of her mother’s choosing before her eighteenth birthday.

Tevin Dumont has always been a pawn in his family’s cons. The prettiest boy in a big family, his job is to tempt naïve rich girls to abandon their engagements, unless their parents agree to pay him off. But after his mother runs afoul of the beast, she decides to trade Tevin for her own freedom.

Now, Tevin and Merit have agreed that he can pay off his mother’s debt by using his con-artist skills to help Merit find the best match…but what if the best match is Tevin himself?

Lish McBride is the author of funny and creepy young adult books such as Hold Me Closer, Necromancer; Necromancing the Stone; Firebug; and Pyromantic. She has published short stories on Tor.com, and the anthologies Cornered, What to Read in the Rain, and Kisses & Curses. Her first book, Hold Me Closer, Necromancer, was an ALA Best Book for Young Adults title, Morris Award finalist, and won the Scandiuzzi Children’s Book Award. Lish is a former indie bookseller, has a MFA from University of New Orleans, and prefers pie to cake. While she has no long term goals for world domination, she would like her own castle.