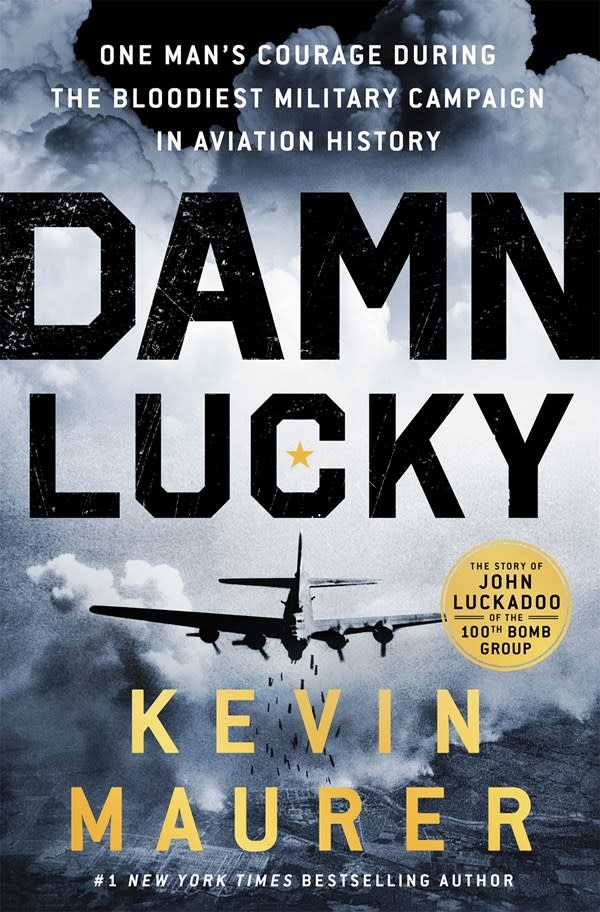 Damn Lucky: One Man's Courage During the Bloodiest Military Campaign in Aviation History

The incredible true story of John "Lucky" Luckadoo, who survived 25 missions as a B-17 Flying Fortress pilot in WWII.

“This isn’t your war,” she told them. “You don’t have any business being here, but as long as you’re here we’re going to teach you a lesson.” And they did.

Kevin Maurer’s Damn Lucky tells the true story of “Lucky” Luckadoo who flew the deadliest missions of World War II during the bloodiest military campaign in aviation history. Lucky served with the 100th Bomber Group during the early days of the bombing of France and Germany from England. His story starts with his quest to join the Royal Air Force with his best friend before the war, through 25 missions in combat over Germany to the one mission—a raid over Bremen—where Luckadoo felt like his luck had run out.

The statistical chances for a heavy Bomber crew in Europe to be lost on a mission were 1-in-10. At a 25-mission tour of duty, statistically, once a flyer made it to 10 missions they were literally on borrowed time. Anyone who served a full tour and survived was remarkably lucky.

Drawn from Lucky’s firsthand accounts, acclaimed war correspondent and bestselling author Kevin Maurer delves into this extraordinary tale, uncovering astonishing accounts of bravery during an epic clash in the skies over Nazi Germany.

KEVIN MAURER is an award-winning journalist and three-time New York Times bestselling co-author of No Easy Day, No Hero and American Radical among others. For the last eleven years, Maurer has also worked as a freelance writer covering war, politics and general interest stories. His writing has been published in Men's Journal, The Daily Beast, The Washington Post, and numerous other publications.