Home » Dancing in the Mosque 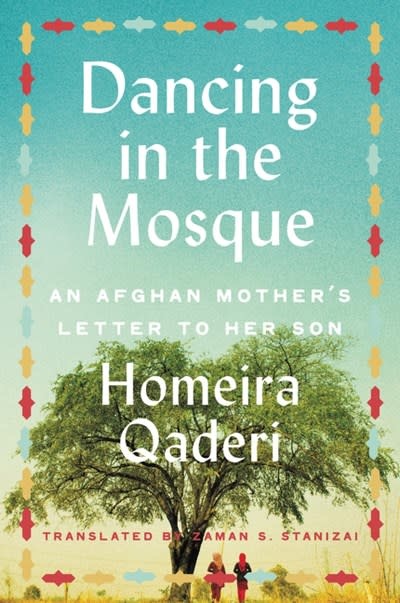 Dancing in the Mosque

“A modern-day Sophie's Choice, this memoir about a mother's love for her child and country is heartbreaking, but also triumphantly hopeful and inspiring.”— Thrity Umrigar, bestselling author of The Secrets Between Us"A heartrending, indelible tale."—People

In the days before Homeira Qaderi gave birth to her son, Siawash, war-weary Kabul, Afghanistan, was on edge, plagued by fighting and terrorized by frequent suicide explosions. When she went into labor, the soon-to be mother, propelled by love, walked through blood and wreckage to reach the hospital. But the joy of her beautiful son’s arrival was soon overshadowed by other dangers that would threaten her life.No ordinary Afghan woman, Homeira refused to cower under the strictures of a misogynistic social order. She had an early start in fighting for women’s rights in a theocratic and patriarchal society. At the age of thirteen, Homeira defied the law and risked her freedom to teach reading and writing to children.Devastating in its power, Dancing in the Mosque is a mother’s searing letter to a son she was forced to leave behind. In telling her story—and that of Afghan women—Homeira challenges us to reflect on the meaning of motherhood, sacrifice, and survival. Her story asks us to consider the lengths to which we would go to protect ourselves, our families, and our dignity.