Home » Dancing with the Octopus 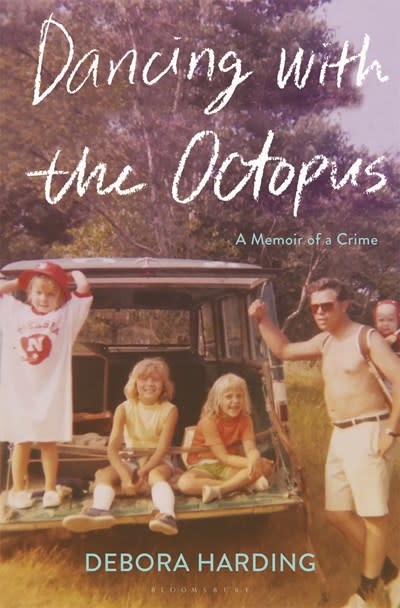 Dancing with the Octopus

For readers of Educated and The Glass Castle, a harrowing, redemptive, and profoundly inspiring memoir of childhood trauma and its long reach into adulthood.

One Omaha winter day in November 1978, when Debora Harding was just fourteen, she was abducted at knifepoint from a church parking lot. She was thrown into a van, assaulted, held for ransom, and then left to die as an ice storm descended over the city.

Debora survived. She identified her attacker to the police and then returned to her teenage life in a dysfunctional home, where she was expected to simply move on. Denial became the family coping strategy offered by her fun-loving, conflicted father and her cruelly resentful mother.

It wasn’t until decades later—when beset by the symptoms of PTSD—that Debora undertook a radical project: she met her childhood attacker face-to-face in prison and began to reconsider and reimagine his complex story. This was a quest for the truth that would threaten the lie at the heart of her family and with it the sacred bond that once saved her. Dexterously shifting between the past and present, Debora Harding untangles the incident of her kidnapping and escape from unexpected angles, offering a vivid and intimate portrait of one family’s disintegration in the 1970s Midwest, a rusted landscape in which the loss of white male power can flare into unspeakable violence.

Written with dark humor and the pacing of a thriller, Dancing with the Octopus is a literary tour de force and a groundbreaking narrative of reckoning, recovery, and the inexhaustible strength it takes to survive.

Debora Harding has had varied professional experiences including working in national U.S. politics for ten years, co-founding the UK’s first local terrestrial television station, and managing a bicycle business. Her work has been published in the Guardian, the Daily Mail, and Unbound, as well as other publications. She spent her childhood in Nebraska and Iowa, and lives in England with her husband, the writer Thomas Harding. She is the mother of two children, Kadian and Sam.