Home » Daniela and the Pirate Girls 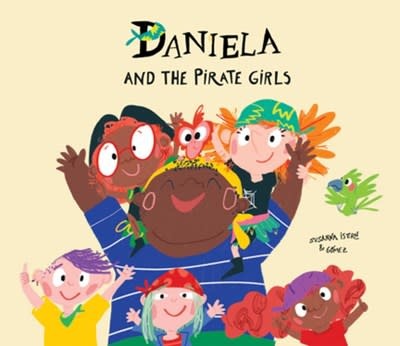 Daniela and the Pirate Girls

The new book of Daniela the Pirate is here! And yes… girls can be pirates.

Who hasn’t heard of the legendary vessel, the Black Crock! Other ships cower in fear as they gaze at it through their spyglasses. Its fearsome crew is known all over the Seven Seas. And their captain is Daniela, Daniela the Pirate.

In this new adventure, Daniela and her mates find themselves unable to save the day… Because some other pirates beat them to it! As word of the Fearless Piranhas, a crew of intrepid pirate girls, reaches their ears, Daniela sets sail to find them!

Follow her and the crew of the Black Croc in the long-awaited sequel of Daniela the Pirate, by Susanna Isern and Gómez. Long live the pirate girls!