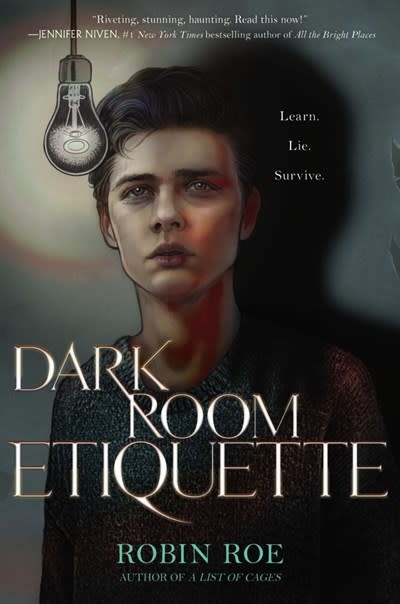 We Were Liars meets Room in this masterfully plotted psychological thriller from the critically acclaimed author of A List of Cages, Robin Roe.

Are you afraid of the dark?Sixteen-year-old Sayers Wayte has everything—until he’s kidnapped by a man who takes it all away. A man who tells him that the privileged life he’s been living is based on a lie.To survive, Sayers must forget the world he once knew and play the part his abductor has created for him. But as time goes by, the line between fact and fiction blurs, and Sayers begins to wonder if he can escape without losing himself entirely.

Robin Roe has a bachelor’s degree from Cornell University and a master’s from Harvard. She counseled adolescents in Boston before she moved to Dallas to run a mentoring program for at-risk teens. Her debut novel, A List of Cages, was named one of the best young adult books of the year by Goodreads, Chapters Indigo, Epic Reads, BookPage, Powell’s Books, the Texas Library Association, and BuzzFeed. You can read more about Robin at www.robinroewriter.com and follow her on Instagram @robinroewriter.