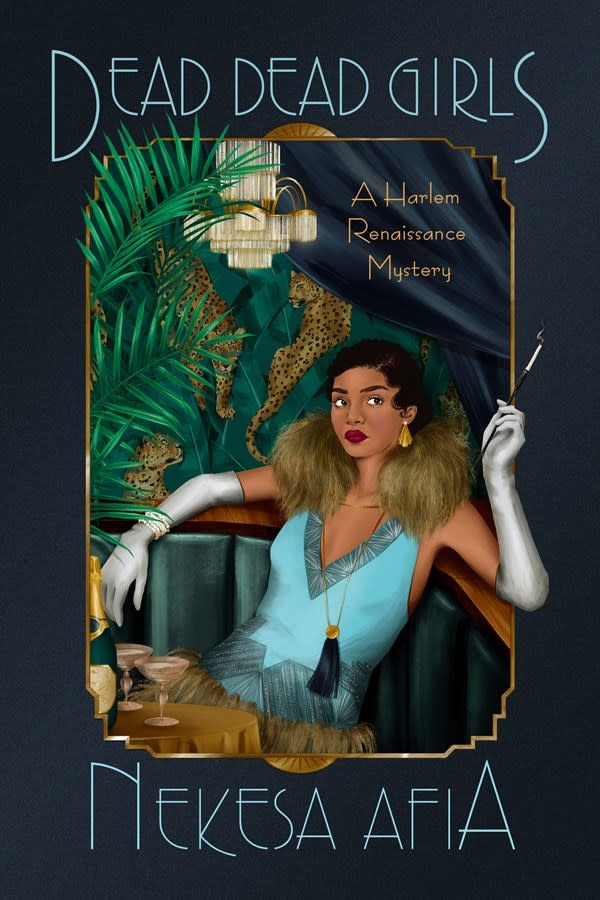 An exciting new #ownvoices historical mystery series set in 1920s Harlem featuring Louise Lloyd, a young black woman caught up in a series of murders way too close to home…

Louise Lloyd is doing everything she can to maintain a normal life. She’s succeeding, too. She spends her days working at Maggie’s Café and her nights at the Zodiac, Manhattan’s hottest speakeasy. Louise’s friends might say she’s running from her past and the notoriety that still stalks her, but don’t tell her that.

When a girl turns up dead in front of the café, Louise is forced to confront something she’s been trying to ignore—several local black girls have been murdered over the past few weeks. After Louise’s night job gets her arrested, she’s given an ultimatum: She can either help solve the case or let a judge make an example of her. Fearing for her and her sister’s safety, she takes the case.

She soon finds herself toe-to-toe with a mastermind. She must push herself past the limits of her fears and the prejudices of New York City society if she wants to catch a killer.

Series Overview: Louise LLoyd, a young woman in 1920s Harlem, solves mysteries in her community while coming to grips with her past.

Twenty-four-year-old Nekesa Afia just finished her undergrad degree (bachelor’s in journalism, with a minor in English) and is a publishing student. When she isn’t writing, she’s dancing, sewing, and trying to pet every dog she sees. She’s been writing since she was a child and this is her debut novel.