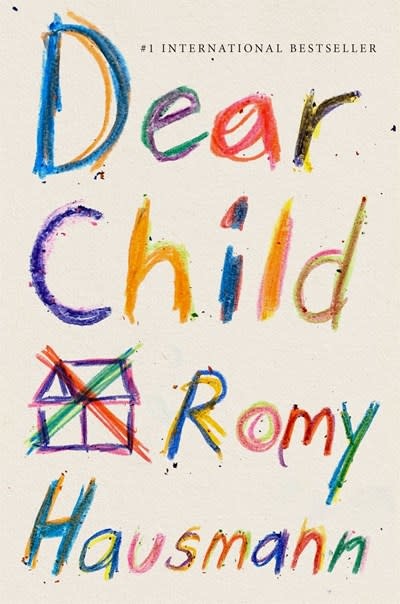 In a windowless shack in the woods, Lena and her two children live a life that follows the rules set by their captor, the father: Meals, bathroom visits, study time are strictly scheduled and meticulously observed. He says he is protecting them from the dangers lurking in the outside world.

One day Lena manages to flee, but the nightmare continues. There is the question of whether she really is the woman named "Lena," who disappeared without a trace fourteen years ago?—she has the distinctive scar, but the family swears she isn’t the girl they lost. The police and Lena's family are all desperately trying to piece together a puzzle that doesn't quite seem to fit. And it feels to Lena as if the tormentor she fled still somehow wants to get her back.

Dear Child is told from three points-of-view: the woman who escaped and is coming to terms with life outside the shack; the missing Lena’s father, who would do anything to get her back and is becoming more and more unhinged; and the daughter raised entirely in that isolated world, a little girl with a photographic memory who may know more than she’s letting on.

Twisty, suspenseful, and psychologically clever, this captivating thriller, which starts where others end, has all the ingredients of a breakout hit.

Romy Hausmann lives with her family at a remote house in the woods in Stuttgart, Germany. Dear Child is her English-language debut.