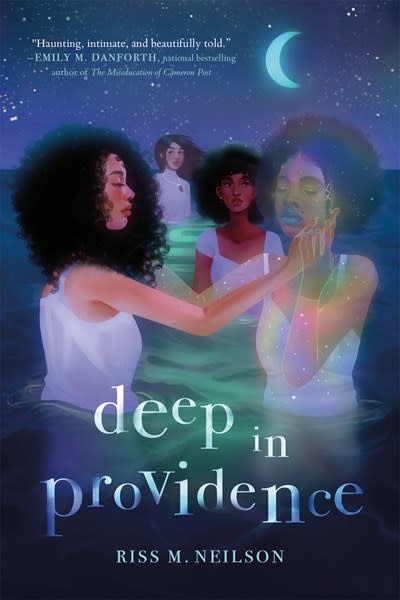 The Hazel Wood meets the nuanced realism of Erika L. Sanchez in this spellbinding YA grounded fantasy debut about three best friends who turn to magic when they're haunted by a friend's death . . . and perhaps her spirit.

Miliani, Inez, Natalie, and Jasmine grew up together in the south side of Providence, Rhode Island. The best friends have supported each other through the deportation of Inez's father, Natalie's mother's drug addiction, and the death of Miliani's beloved Papa, who taught them everything they know about magic.

Then Jasmine is killed by a drunk driver, leaving the girls haunted by grief . . . and Jasmine's lingering spirit. Determined to bring Jasmine back, the surviving friends band together, testing the limits of their magic and everything they know about life, death, and each other.

Suspenseful and absorbing, Deep in Providence is a story of profound yearning, and what happens when three teen girls are finally given the power to go after what they want.