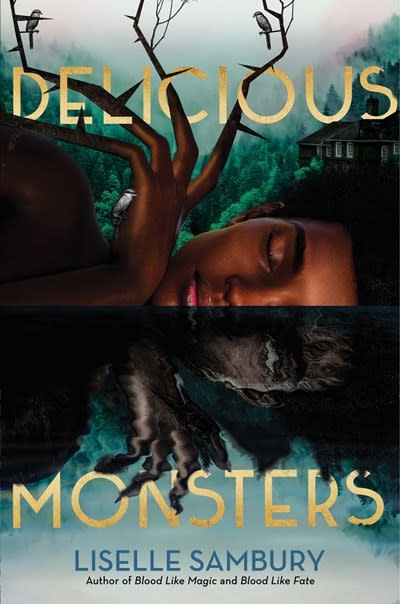 The Haunting of Hill House meets Sadie in this evocative and mind-bending psychological thriller following two teen girls navigating the treacherous past of a mysterious mansion ten years apart.

Daisy sees dead people—something impossible to forget in bustling, ghost-packed Toronto. She usually manages to deal with her unwanted ability, but she’s completely unprepared to be dumped by her boyfriend. So when her mother inherits a secluded mansion in northern Ontario where she spent her childhood summers, Daisy jumps at the chance to escape. But the house is nothing like Daisy expects, and she begins to realize that her experience with the supernatural might be no match for her mother’s secrets, nor what lurks within these walls…

A decade later, Brittney is desperate to get out from under the thumb of her abusive mother, a bestselling author who claims her stay at “Miracle Mansion” allowed her to see the error of her ways. But Brittney knows that’s nothing but a sham. She decides the new season of her popular Haunted web series will uncover what happened to a young Black girl in the mansion ten years prior and finally expose her mother’s lies. But as she gets more wrapped up in the investigation, she’ll have to decide: if she can only bring one story to light, which one matters most—Daisy’s or her own?

As Brittney investigates the mansion in the present, Daisy’s story runs parallel in the past, both timelines propelling the girls to face the most dangerous monsters of all: those that hide in plain sight.

Liselle Sambury is the Trinidadian Canadian author of the Governor General’s Literary Awards Finalist Blood Like Magic and its sequel, Blood Like Fate. Her work spans multiple genres, from fantasy to sci-fi, horror, and more. In her free time, she shares helpful tips for upcoming writers and details of her publishing journey through a YouTube channel dedicated to demystifying the sometimes complicated business of being an author.