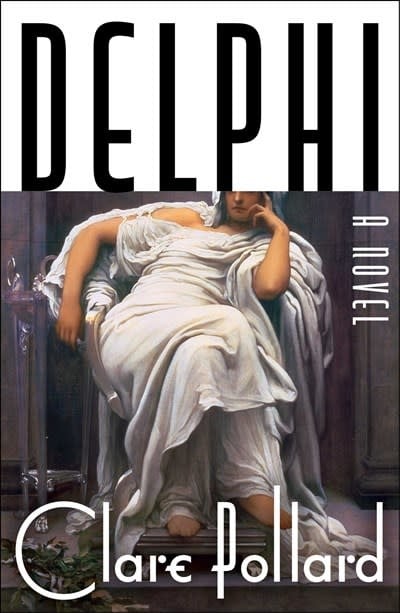 For readers of Jenny Offill, Deborah Levy, and Olivia Laing, an exquisite debut novel about a classics academic researching prophecy in the ancient world, just as the pandemic descends and all visions of her own family’s future begin to blur.

Covid-19 has arrived in London, and the entire world quickly succumbs to the surreal, chaotic mundanity of screens, isolation, and the disasters small and large that have plagued recent history. As our unnamed narrator—a classics academic immersed in her studies of ancient prophecies—navigates the tightening grip of lockdown, a marriage in crisis, and a ten-year-old son who seems increasingly unreachable, she becomes obsessed with predicting the future. Shifting her focus from chiromancy (prophecy by palm reading) to zoomancy (prophecy by animal behavior) to oenomancy (prophecy by wine), she fails to notice the future creeping into the heart of her very own home, and when she finally does, the threat has already breached the gates.

Brainy and ominous, funny and sharp, Delphi is a snapshot and a time capsule—it both demythologizes our current moment and places our reality in the context of myth. Clare Pollard has delivered one of our first great novels of this terrible moment, a mesmerizing story of our pasts, our presents, and our futures, and how we keep on living in a world that is ever-more uncertain and absurd.

Clare Pollard lives with husband and two children in London. At nineteen, she published her first book of poetry, The Heavy Petting Zoo. After studying English literature at Cambridge, she has since made a living in literature—teaching, translating, judging, reviewing—though sometimes supporting it with bar-work or ushering. She has published four collections of poetry—the most recent, Incarnation, about motherhood. Her play The Weather, performed at the Royal Court, was the first British play about climate change. Influenced by the classics, Clare translated Ovid’s Heroines—a series of dramatic monologues in the voices of women from Greek and Roman myth—which she toured as a one-woman show in the UK. She currently edits the journal Modern Poetry in Translation, which was cofounded by Ted Hughes. Delphi is her first novel.