Home » Delphine and the Dark Thread 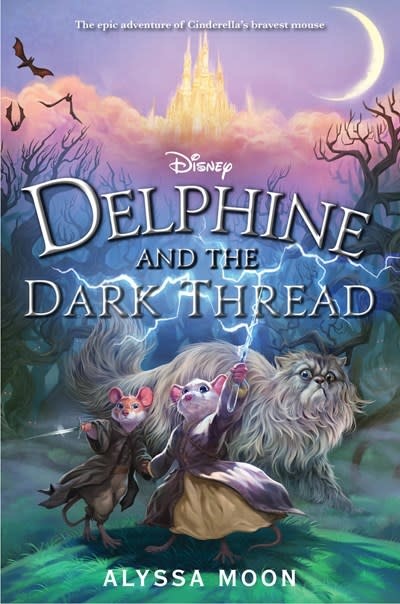 Delphine and the Dark Thread

This sequel to Delphine and the Silver Needle delivers action, adventure, and magic in the most unexpected places.

Fresh off the heels of King Midnight's rat-army invasion at the Winterberry Ball, Delphine, Alexander, and Cornichonne are on the run, making their way through the far reaches of Peltinore. Unlikely allies pop up at every turn, but so do new enemies. While evading the rats hot on their tails, the trio uncovers new clues about the legendary Threaded tailor mice, including surprising discoveries about Delphine's magical needle. And as Delphine's powers grow stronger, she realizes she may need to head straight into Midnight's lair and confront the villain herself.

Will Delphine solve the mystery of the Threaded and save the kingdom from the nefarious rat king before it's too late?

Author Bio: Alyssa Moon grew up in the Pacific Northwest, which explains her undying enthusiasm for rainy weather. She does her best writing in tea shops, independent bookstores, and at home under her grapefruit tree. She lives in Southern California with her husband and her cat, Picklepop (the “real” Cornichonne), and with three other cats who are a little grumpy at the fact they weren’t also given roles in this book.