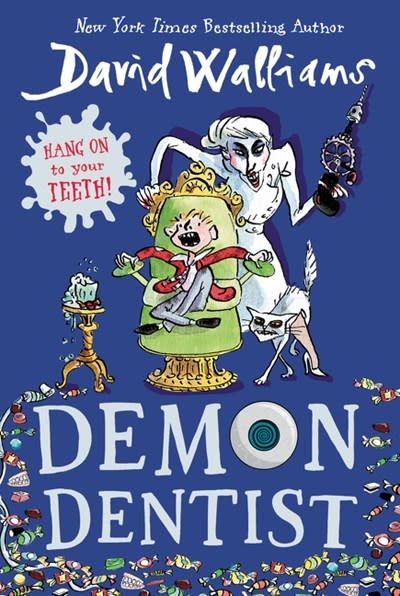 Hang on to your teeth—Demon Dentist is a New York Times bestseller, and kids all over the country are raving about David Walliams, who has been called “a new Roald Dahl” by the Times of London.

David Walliams has taken the children’s book world by storm. In the UK, his books have sold more than nine million copies, he’s won three National Book Awards, and he’s been hailed as “the heir to Roald Dahl” (The Spectator). And now, with the publication of Demon Dentist, he is both an Indie and a New York Times bestselling author!

Something strange is happening in Alfie’s town. Instead of shiny coins from the tooth fairy, kids are waking up to disgusting, icky, TERRIBLE things under their pillows. Dead slugs. Live spiders. Hundreds of creepy, crawly earwigs! Who would do something so horrific? It couldn’t be Miss Root, the new dentist in town, could it? Alfie is determined to solve this mystery—but if he wants to stop the demon dentist, he may have to book an appointment with Miss Root!

Full of larger-than-life characters, hilarious antics, and Walliams’s signature wit and warmth, this is one dentist appointment you don’t want to miss.