Home » Diana and the Underworld Odyssey 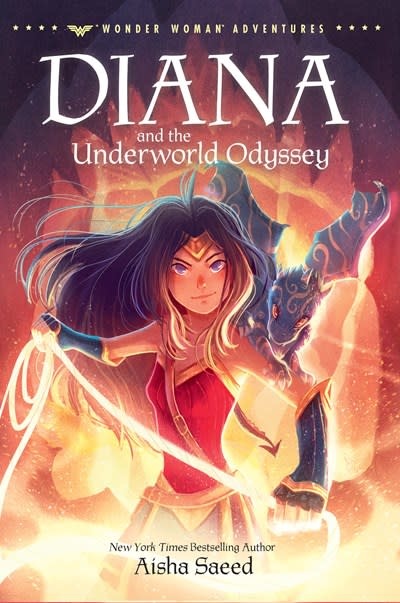 Diana and the Underworld Odyssey

The world’s #1 female Super Hero, Wonder Woman, is back in another breathtaking adventure! This time, Diana will travel to the Underworld to take on Hades—but will she make it out alive?

After Diana thwarts a stunning attempt to defeat the Amazons and Themyscira for good, she has finally been granted permission to start training as a warrior! Except, the goddess Artemis brings news that children all over are disappearing without a trace. Diana is the only one who can be trusted to save them—even if she must confront Hades, Persephone, and all of the undead souls and mythical creatures of the Underworld. That is, until she discovers that a far more sinister villain is out to capture her—and will do whatever it takes to find her. With her warrior training barely underway, will young Wonder Woman be able to rely on her strength from within to save the missing children and defeat Hades? Or will she instead be dragged to the Underworld—forever?

Series Overview: This trilogy explores the origin story of a young Wonder Woman growing up on Themyscira, just as she comes into her powers and must take on the ultimate supervillain!

DIANA AND THE ISLAND OF NO RETURN, Summer ’20

Aisha Saeed is a New York Times bestselling author. Her books include young adult novels Written in the Stars and Yes No Maybe So (coauthored with Becky Albertalli), middle-grade novels Amal Unbound and Aladdin: Far from Agrabah, and picture book Bilal Cooks Daal (illustrated by Anoosha Syed). Aisha is also a founding member of the nonprofit We Need Diverse Books. She lives in Atlanta with her husband and sons. You can find her at aishasaeed.com, at Twitter and Instagram @aishacs, and on Facebook.