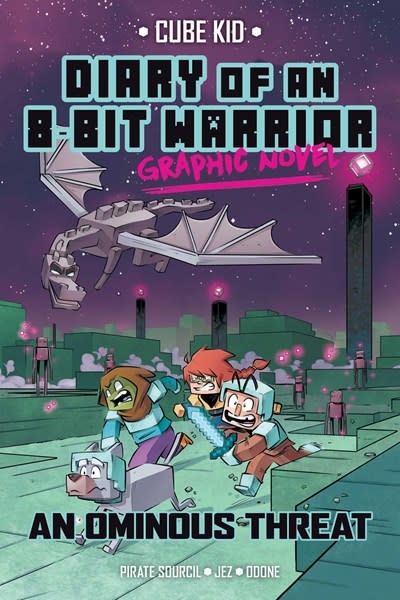 Diary of an 8-Bit Warrior: An Ominous Threat (Graphic Novel)

The pixelated adventures continue in this graphic novel adaptation of the bestselling Diary of an 8-Bit Warrior series! Readers can reconnect with their favorite characters and the beloved Minecraft universe while enjoying a colorfully illustrated story.

In this installment, Runt and his unusual crew—a friendly zombie, a loyal wolf, and a clumsy human—embark on a quest to defeat the ender dragon . . . if they can go five minutes without getting lost, that is. But if vanquishing a legendary boss monster weren’t a big enough challenge, along the way the gang learns of an even more mysterious enemy lurking just around the corner. The second installment of this graphic novel series will knock your blocks off!

Pirate Sourcil is a comic book author known for his blog and his comic series Le Joueur du grenier, published by Hugo BD. He is also a fan of geek literature and passionate about the world of gaming.

Odone is a French illustrator and specializes in adding color to many comic books.

After studying carpentry, Jez turned to drawing and graphic design and decided to make a career out of it.